Home / Business / Calvin Shueh: Taiwan is reimagining itself on the world gaming stage 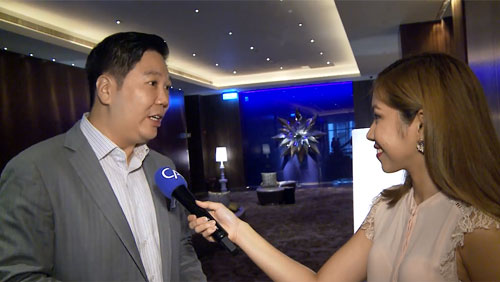 Taiwan has been trying to position itself as an alternative gambling jurisdiction in the Asia-Pacific region amid mainland China’s ongoing crackdown on corruption, which has forced high rollers to scamper away from Macau.

The only problem is that majority of Taiwan’s residents have empathically rejected proposals to authorize casino gambling in the country. Case in point is the October referendum in Taiwan’s outlying Kinmen islands group, where 90 percent of the residents voted ‘no’ to the casino plan.

Perhaps the current lack of casino enthusiasm stemmed from the one favorable referendum vote in the Matsu island group in 2012 that resulted in scant interest from major gambling firms in establishing a presence in the island region.

In response, Taiwan is now reimagining itself on the world stage by promoting poker and eSports globally, according to Skill Gaming’s Calvin Shueh.

Shueh, who helped launch poker in Taiwan a decade ago, said Taiwanese citizens’ perception towards the game has changed over the years from a bad habit to something of a mind sport.

Just like poker, Shueh said eSports has also become into some-sort of a national pride.

“On eSports, the Taipei Assassins won the World Championships in 2012, the Taiwan government declared that eSports is an official sport. In 2020, the Asian Games will have eSports as a medal. So things here are changing and growing a lot,” he said.

When asked what makes Taiwan a great country to invest in, Shueh said that the island state has lots of excellent engineers and competent manpower with topnotch advertising and marketing experience.

“A lot of companies launched here. Blizzard launched its first eStadium in Taiwan,” he said. “Acer, Asus, all of these are businesses in Taiwan. Razer is launching a gaming smartphone that will be based in Taiwan. There’s a lot coming in the future.”