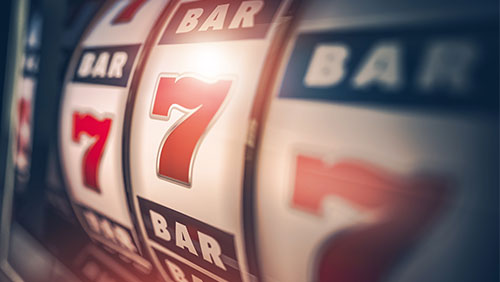 This is a guest contribution by Tom Mitchell. If you would like to submit a contribution please contact Bill Beatty for submission details. Thank you.

Tom Mitchell, B2B Director of London-based technology company RISQ, examines the eternal but escalating potential of jackpots and assesses their place and role in the market.

The promise of a better tomorrow is a powerful sentiment. Of course, as we all know, better tomorrows don’t necessarily arrive on schedule, or quite as planned. Yet the very hope that one moment can immeasurably change things for the better connects with our eternal pursuit of happiness. It’s the same with jackpots, whose regular payouts offer that truly transformative sum of money. Potentially, at least, that life-changing moment is just around the corner. And you don’t even need to wait till tomorrow!

As such, based on the traditional product-range of even the most multi-channel provider, jackpots remain a central instrument in any operator’s orchestra. On balance, whatever the competing distractions, players will always be inexorably drawn to game where there is a big-money prize on show. It’s a call to action from the fabric of our innate wishful thinking.

Small wonder, then, that lottery jackpots consistently rank among the more popular products with players. Simply take the Gambling Commission’s 2015 report, Gambling Behaviour in Great Britain, which found that 46% of the UK Population played the National Lottery, 23% bought scratch cards, while 15% pursued other jackpot lotteries. Compare those numbers to, say, slots whose figures garner a relatively lowly 7% for reported player engagement.

Since then, the reach of jackpots has naturally extended far beyond the bounds of weekly state-run lotteries, with a geographical footprint that only continues to grow globally. After all, jackpots set a reliable bar to lean on for player acquisition and retention. We have found that there’s a direct correlation between jackpot size and the amount of users playing, with the numbers escalating in lock step. And as predictable as that research may be, it clearly demonstrates that size alone outstrips any concessions to the likelihood of winning as a key driver for players.

In short, wishful thinking trumps probability every time. Just ask the US-based Mega Millions lottery, which recently revamped its format in order to complete with Powerball payouts. The jackpots consequently became harder to win, but this was no impediment to success. Mega Millions has quickly seen its popularity rise to new heights across all the 44 states in which it operates, with players chasing the dream of the big wins that bumper jackpots enable.

Elsewhere, Playtech has raised the stakes by the unveiling of Age of the Gods Roulette Live, adding some fresh air to an increasingly popular live online domain by merging a slot with a table game, and paying out more than £1 million (US$1.33 million) within its opening two weeks. Progressive jackpots have followed a similar trend, with Microgaming’s Mega Moolah perhaps being the most familiar of these titles. The planet’s largest progressive jackpot has now paid out well over half a billion Euros.

Without doubt, for all the sheer seductiveness of the ultimate prize on display, watching such games tick upwards life-altering sums of money sows the seeds for repetitive visits and prolonged dwell time from end users. In turn, this behaviour opens up some cross-sell opportunities. However, while that’s all well and good for operators, their challenge to date has been to deliver dependable and attractive jackpots to players, without the need for cross-network liquidity or self-seeding at an operator level. Attempting to go it alone with such jackpots has typically carried real risk, while joining with other operators for liquidity purposes puts individual sites in danger of seeing the jackpot won elsewhere, potentially taking their players with it.

Accordingly, RISQ’s unique B2B-only solution acts as a watershed for the industry. Our state-of-the-art technology lends individual operators the unique elasticity to offer jackpot-led titles with total peace of mind in the aforementioned areas of concern. Indeed, RISQ’s fiduciary commitment to transparency and contracting with A-rated insurers also sets us apart. Partners need the assurance that in the event of a win, the claim procedure is both solid and effortless, with players getting paid quickly and in line with any terms and conditions. Tackling any such reliability concerns has been at the heart of our development over the past seven years. And while our jackpot limit currently remains £25 million (US$33.32 million), the industry interest it is creating will soon see us quadruple that figure to £100 million (US$133.28 million).

After all, we are still on the threshold of seeing how the modern igaming market moulds its use of jackpots. So, at RISQ, we have been eager to ensure that adaptability and trust are our durable cornerstones. And whether those two watchwords be applied to affiliates, gaming platforms, games developers or operators, we supply total and democratised access to jackpots that are flexible and scalable.

Offering players the prospect of winning up to £25 million (US$33.32 million) should now be a baseline selling proposition for operators and providers alike. In fact, there’s never been an easier time for them to significantly boost their prospects of attracting and retaining new players, while also exploring expansionary options in untapped, newly-regulated markets.

In a gaming market which waves the magician’s scarf over a sometimes confusing array of games, the starker reality of a transformative jackpot will invariably turn heads. Especially among those searching for something more, a better tomorrow. And, with RISQ, that life-changing jackpot has never been more accessible. Tomorrow has already arrived.