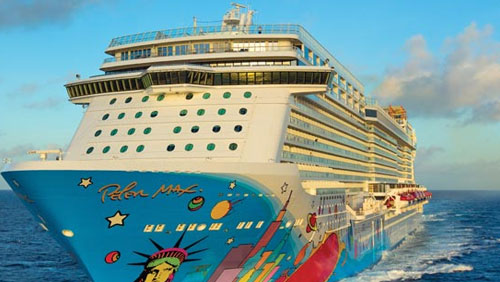 In a disclosure to the HongKong Stock Exchange, Genting said that a total of 5 million shares will be up for sale to underwriter Morgan Stanley. The sale will be done via Genting Hong Kong’s wholly-owned subsidiary Star NCLC Holdings Ltd.

Based on their initial estimate, Genting HongKong is expecting a gain of about $57.4 million from the sale. After the whole transaction is completed, Genting’s stake in NCLH will be reduced to 5.64 percent.

The company said that the proceeds from the disposal “will be used as general working capital and capital expenditure for the group and/or to fund new investments, should suitable opportunities arise.”

It would be recalled that Genting HongKong hinted last month that it is shifting its focus to North Asia as it made a primary listing in the HongKong bourse and exited the Singapore Stock Exchange.

The HongKong listing, according to the casino investor, will increase its visibility among North Asian investors and the liquidity of its stock.

This is the second time that Genting HongKong has divested shares in NCLH. In August, Genting Hong Kong pare a 3.29 percent stake in NCLH for US$409.1 million, with the company recording a net gain of US$90.1 million.
Lim Kok Thay, Genting Hong Kong’s chairman and CEO, assured investors last month that the holding firm is committed to the growth of the Asian cruise market. He added that the company aims to focus its resources on its business operations and streamline its compliance obligations to meet the growing demands of the Chinese market.