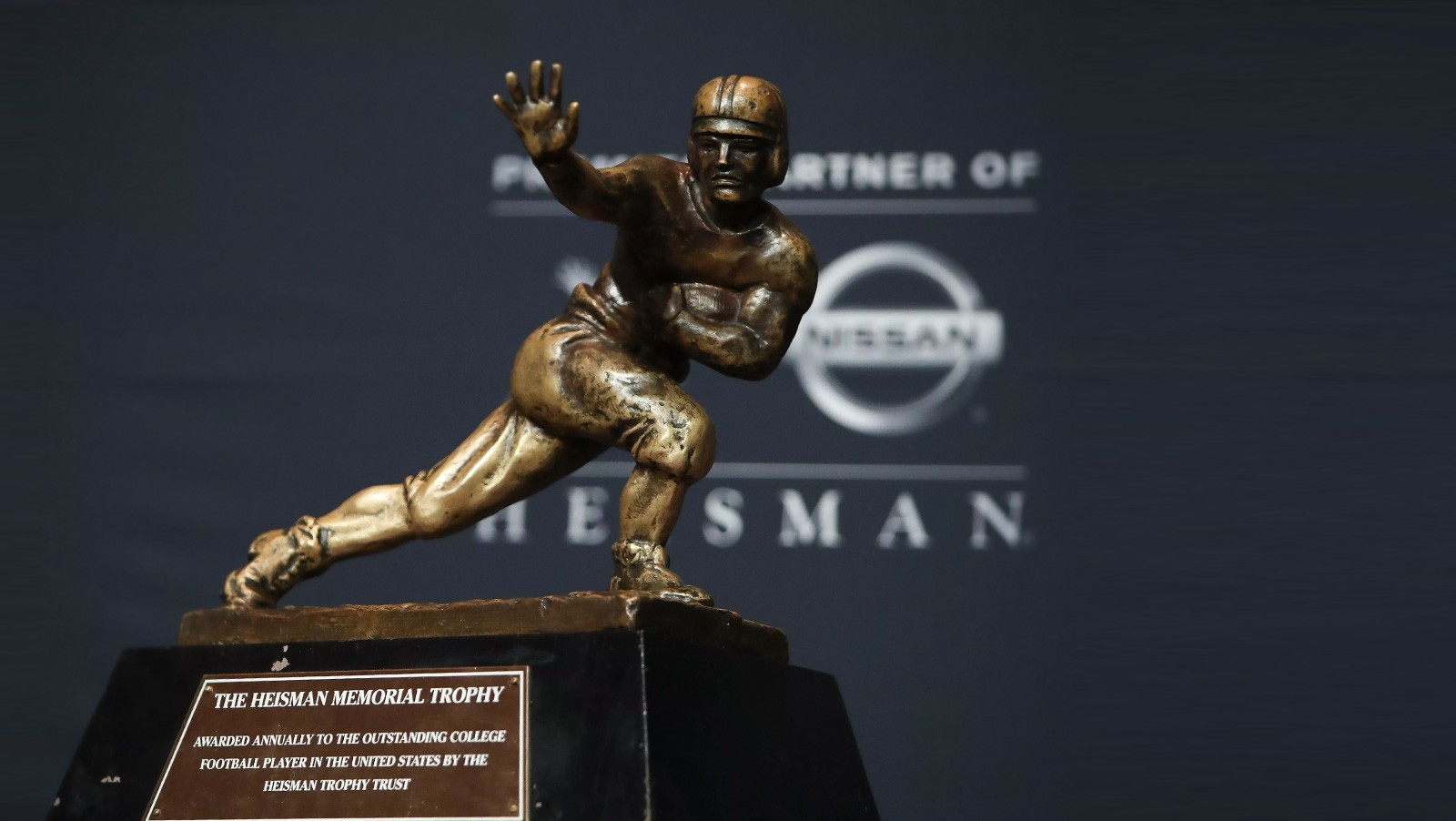 It’s Week 11 of the college football season, and that means the stretch run for the Heisman Trophy. On the updated college football futures, it appears that it’s down to a two-man race to win the sport’s most important individual award: Penn State running back Saquon Barkley and Oklahoma quarterback Baker Mayfield.

Barkley had been the betting favorite for weeks but is now No. 2 on the board at +175. That’s because the junior, who is all but a lock to be the first running back taken in the 2018 NFL Draft (Barkley won’t be returning to State College), has been slowed of late. Since a 211-yard rushing game at Iowa on September 23, Barkley was held under 76 rushing yards in four of the next five – and his Nittany Lions have lost their past two.

Team success plays a big role in the Heisman. In a Week 10 upset loss at Michigan State, Barkley rushed 14 times for 63 yards (zero yards in first half) and saw his streak of 15 straight games scoring a touchdown by any method end. While Barkley is also a fine returner, he only ranks third in the Big Ten in rushing with 864 yards. Is that Heisman worthy? Wisconsin freshman running back Jonathan Taylor is having a better season.

The Sooners’ Mayfield was a Heisman finalist the past two years and is now the -200 favorite to join Jason White and Sam Bradford as Oklahoma quarterback winners this century. Mayfield was magnificent in OU’s 62-52 shootout win over rival Oklahoma State last Saturday in throwing for a school-record 598 yards to go along with five TDs through the air. He also rushed for a score.

Mayfield is trying to join former Georgia legendary running back Herschel Walker as just the second player since the 1940s to finish in the top four of the Heisman voting three times. Mayfield will get another chance to impress voters this Saturday as Oklahoma hosts fellow Top-10 team TCU in a potential preview of the Big 12 title game. The Frogs are annually one of the nation’s best defensive teams, and this year is no different as they rank sixth in points allowed at 13.9.

Notre Dame running back Josh Adams is +1000 on the Heisman Trophy futures. Adams could make things interesting with a big night Saturday in a Top-10 showdown at Miami.