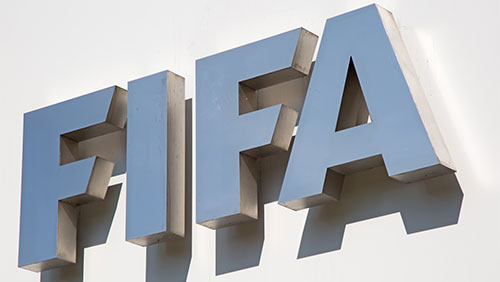 Fancy a holiday to Qatar?

The tiny country found on the coast of the Arabian Peninsula is currently being ostracised by its neighbouring Gulf nations, who have accused Qatar of funding terrorism, but it didn’t stop FIFA from awarding the nation with the 2022 World Cup.

It had to be rigged right, after all this is FIFA we are talking about.

Despite the fears of bribery and corruption nothing concrete has surfaced regarding the awarding of the World Cup to Qatar, but a recent investigation by the Swiss Office of the Attorney General, has thrown up bribery allegations relating to TV broadcast rights.

The quadrennial event is worth $5 billion to FIFA, and a big slice of that pie will be television broadcast rights. On Thursday, reports began surfacing that the Swiss authorities were interested in questioning Nasser al-Khelaifi, a Qatari businessman, Chairman of Paris St Germain (PSG) and the CEO of the beIN Media Group on allegations that he bribed the former FIFA general secretary, Jérôme Valcke, in return for lucrative broadcast rights.

The link to Valcke doesn’t help al-Kehlaifi’s case. Valcke is currently staring down the barrel of a ten year ban from all football relating activities after US Officials found him guilty of a number of ethical violations including misuse of private jets, dodgy World Cup ticket sales, and other financial discrepancies. He is preparing to appeal the decision. A third person is involved, but is being referred to as an ‘unknown businessman.’

The bribery allegations concern media rights to the 2018, 2022, 2026 & 2030 World Cup Finals. Investigators have searched the BeIN offices in Paris and a series of other locations in Greece, Italy, and Spain. A statement from BeIN says they, ‘refute all the allegations,’ and the PSG Ch

airman has not been questioned.

The latest investigations come two-years after the US Authorities announced a broad array of indictments connected to corruption within the corridors of power at FIFA leading to the removal from office of former FIFA President Sepp Blatter and his number two Valcke.

Nasser al-Khelaifi is the man who brokered the ridiculous €222m fee to take Neymar Jr from Barcelona to PSG, and is also considering a similar fee to make the loan signing of Kylian Mbappe from Monaco a permanent fixture.

Qatar’s finance minister, Ali Shareef Al-Emadi has said they are willing to spend over $200 billion on stadiums, roads, and a variety of other amenities including a new airport and hospitals. At least four people have died during stadium construction prompting more stringent audits and checks. Over 36,000 people are employed just for the World Cup project.

Worker deaths, allegations of ties with terrorist groups, and suspicions of corruption have prompted William Hill to offer odds on a replacement World Cup host list for 2022.

But the bookies still believe Qatar is odds on to host the event despite all the troubles at 1/3.