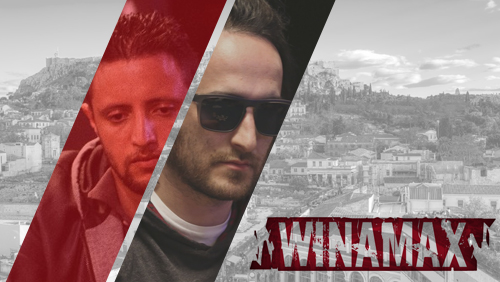 The French facing online poker room Winamax has signed two of the world’s leading tournament players as they prepare for the proposed European shared liquidity agreement between France, Italy, Portugal and Spain.

With most of the poker talk outside of France focusing on PokerStars, 888Poker, and partypoker, Winamax quietly goes about their business behind tinted glass.

With France, Italy, Portugal, and Spain moving towards a shared liquidity agreement, Winamax is about to wind down those windows to give us all a keen look at what they’re all about, and they have made two additions to the team that make them look a very formidable outfit indeed.

The Winamax team is one of quality, but it’s very French, with Aladin Reskallah (Canada) and Davidi Kitai (Belgium) the only pair waving a different flag.

So who do you hire if you want to expand your brand in Spain and Italy?

Let’s begin with Spain, and realistically, there are only three contenders. You can go old school and attempt to recruit Carlos Mortensen, or you can go new school and choose Adrian Mateos or Sergio Aido.

With Mortensen rarely making an appearance these days, the common sense is to go with youth, and who better than the youngest player to win three World Series of Poker (WSOP) bracelets.

By the time Mateos was 22-years-old he had won the World Series of Poker Europe (WSOPE) Main Event, European Poker Tour (EPT) Grand Final, and two more bracelets in the 2016 Summer Solstice and the $10k Heads-Up Championships earlier in the year.

Mateos sits second in the all-time Spanish live tournament money ranking with close to $10m in cash and has also won millions playing online. And if that’s not enough to make you want to sign him, he regularly competes in the High Roller events coveted by PokerGO.

Moving to the land of the boot and once again three players fit the mould. If you want to go old school, then Max Pescatori is your man. If you’re going to choose youth, then it’s a toss-up between Dario Sammartino and Mustapha Kanit, and Winamax went with the latter.

Kanit is the Italian all-time live tournament money earner with $9.2m in cashes. Kanit has an Italian Poker Tour (IPT) title to his name, a whole host of High Roller victories on the EPT, and is also a ferocious competitor on the online circuit winning close to $5m in cash. Amongst his online exploits include winning the 2015 Spring Championship of Online Poker (SCOOP) Main Event for $1.3m and change, two months after winning the Full Tilt Online Poker Series (FTOPS) Main Event.

Winamax should put Kanit to work immediately trying to persuade Italian MP, Franco Mirabelli, that online poker is a good thing. The Democratic Party member is trying to prevent the shared liquidity agreement from advancing as he believes it will pave the way for criminals to launder their dirty money.