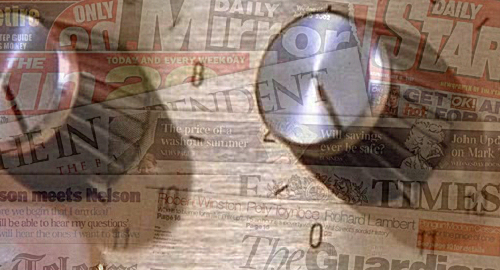 The UK Gambling Commission (UKGC) has asked the country’s advertising watchdog to examine some online gambling products to determine if they violate rules on products intended to appeal to children.

The UK media has been on an unrelenting anti-gambling tear in recent months and it was apparently the Sunday Times’ turn to bash the bookies this weekend. The Times dutifully turned its outrage knob to ‘11’ by claiming that online gambling products available via Paddy Power, 888 Holdings and Casinoland websites were intended to “lure kids” into real-money gambling activity.

The casino titles involved popular characters like Peter Pan, Jack and the Beanstalk and Moon Princess, which, much like Ringling Brothers’ circuses, can hold appeal for children of all ages, yet the Times decided that the operators in question were deliberately “targeting children” by “exploiting a loophole in the rules that allows them to promote games that appeal to children.”

The UKGC was sufficiently cowed by the Times’ blinkered broadside that it posted an open letter on the UKGC website, insisting that the regulator was “committed to using our powers and expertise to play our part in creating a safer internet.”

The letter went on to say that protecting children from being “harmed or exploited by gambling” was a clear priority for the UKGC and it had and would continue to take “firm action” against licensees who fail to live up to these standards.

The UKGC reportedly received a dossier of some 30 online gambling products provided by the Times and has forwarded this dossier to the Advertising Standards Authority (ASA) for further investigation.

Remote Gambling Association CEO Clive Hawkswood rubbished the notion that UK operators would put their licenses at risk by intentionally targeting children, but said the RGA would support a review of the rules to ensure that gambling products don’t offer specific appeal to children.

The intrepid Davies’ sleuthing has revealed that the founder/chairman of gaming device maker Scientific Games, which has a market capitalization of over $4.1b, is apparently quite well off. What’s more, he apparently also has a snotty rich son. I mean, really, where’s Robespierre when you need him?

Clearly, the outrage gauntlet has been well thrown at the feet of the Sun and the Mirror, who as we speak are furiously cobbling together ‘for want of a nail’ articles about a mother who didn’t make it home in time to stop her kid from putting his hand in the blender because of overly long lines at the medical clinic due to NHS cuts which were the result of her husband choosing to bet on the record EuroMillions jackpot with Lottoland rather than be forced to use Camelot’s wonky mobile app. Shame!