Home / Business / Dr. Patrick Basham: Who are the next Antiguas? 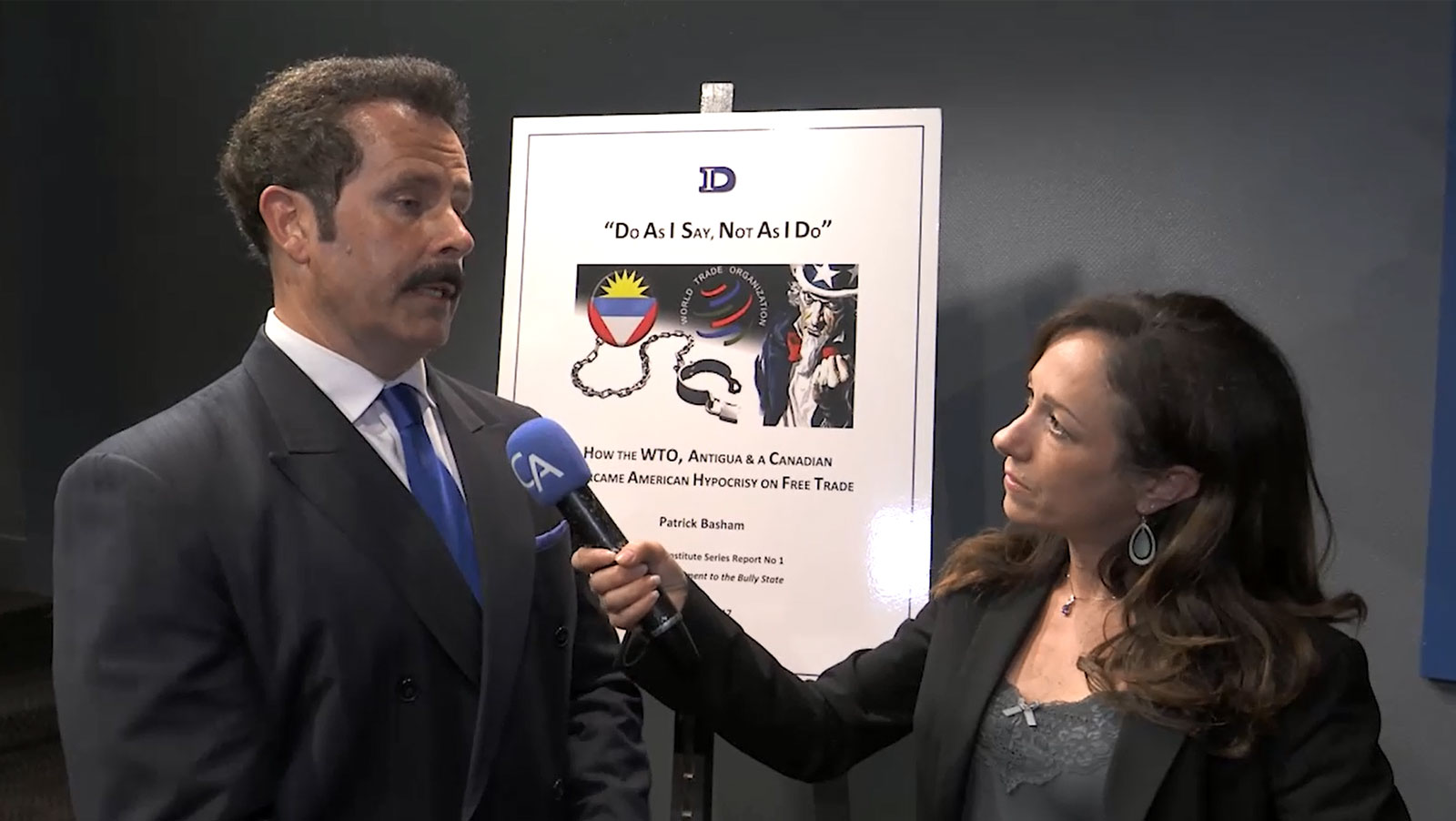 In this interview with CalvinAyre.com’s Becky Liggero, Patrick Basham of the Democracy Institute weighs in on the US-Antigua trade dispute and the connection that binds billionaire Calvin Ayre to the case.

In a modern tale of David and Goliath, the Caribbean nation of Antigua and Barbuda slew the almighty United States in a trade conflict that dragged on for more than fourteen years.

The dispute stemmed from the U.S. government’s campaign to prevent Americans from gambling at online sites based in Antigua and Barbuda.

In 2004, lady justice drove a dagger right into the heart of the U.S. when the World Trade Organization (WTO) ruled that the giant had violated its trade commitments and that Antigua and Barbuda had been wrongly deprived of trade revenue.

Uncle Sam lost face on that fateful day and continues to do so as the world’s most powerful country continues to ignore the plea of the tiny island nation in the Caribbean Sea.

Basham pointed out that the US is setting a very bad example to all law-abiding countries when it flaunts her own rules and ignores the WTO ruling.

“When the biggest player – the United States – says ‘nah, we don’t want to do it,’ everyone looks at that and say, ‘maybe I can get away with that.’ So it begs the questions: who are the next Antiguas? Which smaller countries are going to be bullied by America, not because America has in it to them but because it is convenient for America to do so?” Basham told CalvinAyre.com.

Because of the U.S.’ continued defiance of the WTO ruling, Basham lamented that jobs were scarce and the brain drain has become unabated in Antigua.

He said computer-literate, educated people in Antigua are now exploring opportunities overseas since they were left without a choice but to leave their homeland.

Antigua, however, is showing that it is no pushover, according to Basham.

“America’s success with her strategy is premised entirely in the notion that people and countries don’t fight back. What has happened fortunately and thankfully, and we should all be grateful is that some of those who have been prosecuted and persecuted by the US Justice Department have the guts and the principle and the resources to stand up and say, ‘No, this is not just bad for me but bad for everyone. It’s just wrong,’” he said.

Basham also weighed in on the injustice that Antigua resident Calvin Ayre continued to experience from the US government during the debate.

Despite the dismissal this summer of all felony charges filed in 2012, the US government continues to punish Ayre by keeping the $67 million it seized from the Bodog online gambling brand’s US customers.

“At the time, where the case got going against the prosecution of the gambling industry based in Antigua that was his [Calvin’s] meat and drink. And so it wasn’t the case as far as I can decipher that the American government had it in for Calvin Ayre or had it in for Antigua,” he explained. “But they are convenient tools or instruments for America to prosecute during its war on online gambling. They got in the way, and because they didn’t go away, it meant they suffered the full force of American power.”

The biggest contributions by Ayre and Antigua to the world, according to Basham, was that they were able to show the world that America will bend her own rules to her advantage.

“But because they stood their ground, they were able to teach America a lesson that you can stand up to America. You’ve got to pick your battles. But if you choose them carefully, you will win the war,” he said.