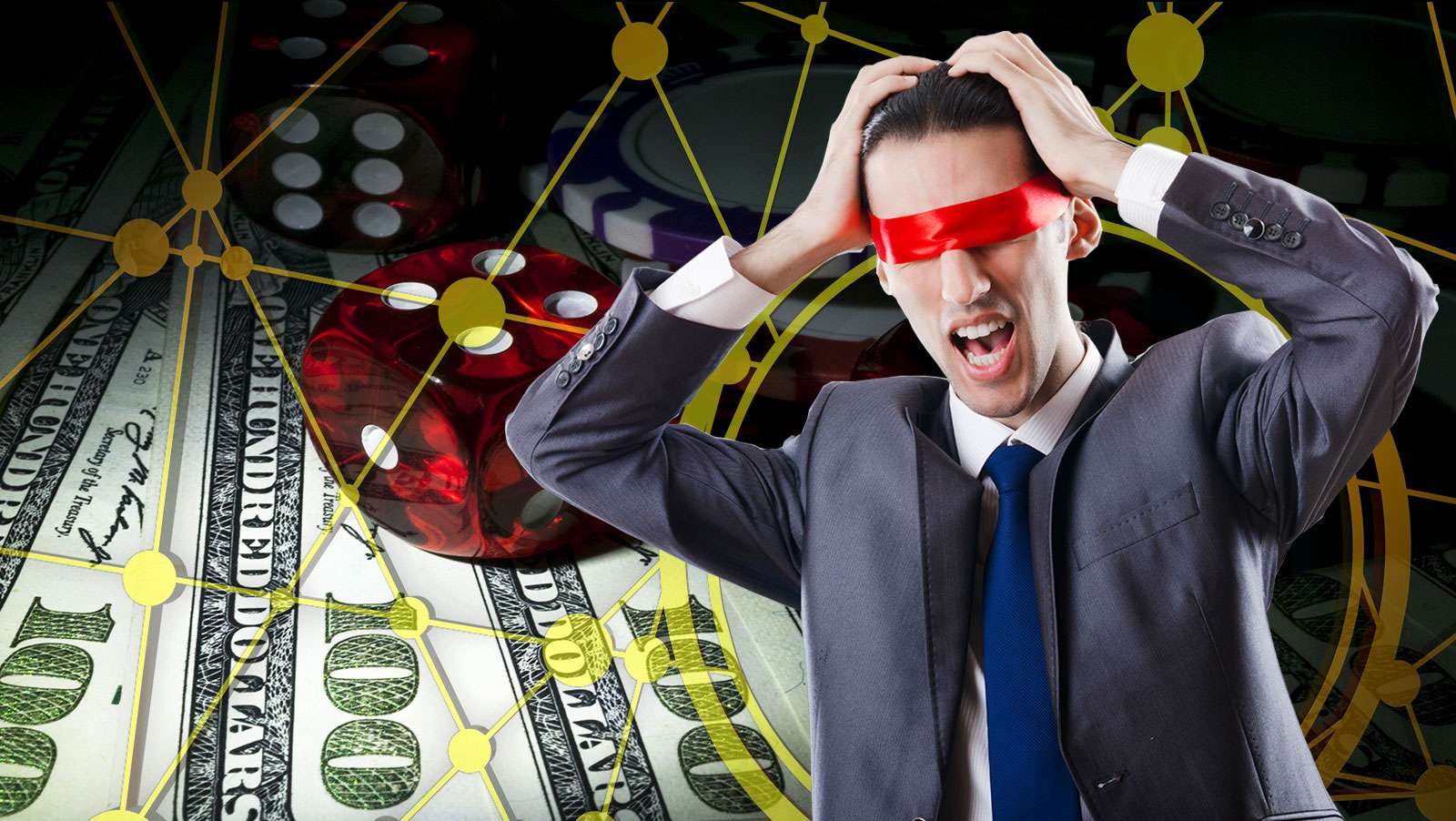 This is a guest contribution by Graham Carrick, CEO & Founder of RunLastMan. If you would like to submit a contribution please contact Bill Beatty for submission details. Thank you.

You may have seen in the news over the past week or have gotten an email from Sky Bet (if you’ve signed up as an affiliate) that Sky Bet have, with a paltry 30 days notice, decided to disband their affiliate program that drives new players.

This seems a bit harsh on the affiliates right! But a quick check of the T&Cs shows that they’re actually allowed to shut the program down with zero notice so they were being nice with the 30 days.

Sure you may have been thinking so what, it’s just one of hundreds of betting sites! Or that they must just have another weapon up their sleeve to attract thousands of players without paying some chap who runs a football blog 30% of the losses for the next 4 years.

Well with further info coming out recently that the much lauded UK Advertising Standards Authority (ASA) have come down like a ton of bricks on 4 operators; Sky Bet, Casumo, Lads and 888, should the industry be worried that the Gambling Commission is going to start ruffling feathers?

What the hell is an affiliate?

In case you’re unfamiliar an affiliate comes in many forms such as a tipster Facebook page, a sports news site or a football blog that provides unique content, tips or banner ads to their audience with the aim of getting people to create betting accounts with operators they’re “affiliated with”. In return they net generally 30% of the player’s losses after they’ve registered and deposited. Losers are very valuable for affiliates! 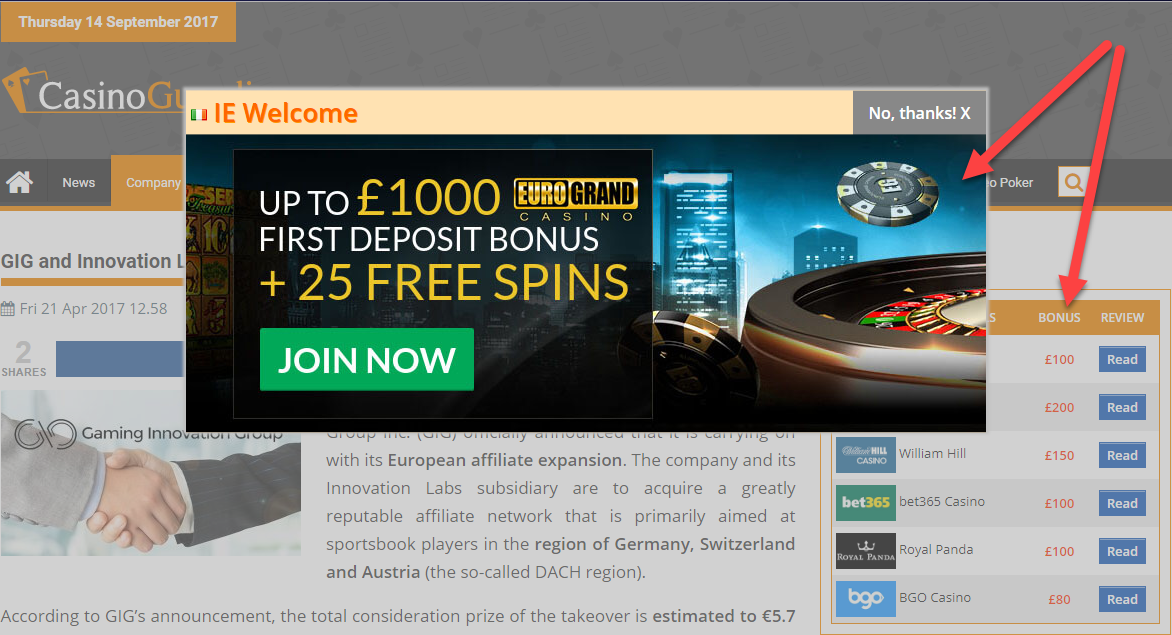 The truth is betting companies need affiliates badly. Generally every year an operator will have to replenish 30-40% of their player database, never mind growing it as their players go dormant, cancel their accounts or are kicked off by the operator for winning too much. Affiliate deals (even shady ones that pop up on porn sites) have been seen as an easy option to replenish stocks of juicy losing players. With PPC costs going through the rough and Facebook ads only really working around major sporting events usage of affiliates (in the UK) has significantly increased in the last few years.

I’ve written a lot previously about how hard an environment the betting space is for early stage companies, particularly B2C based ones with little or no acquisitions going on whatsoever. This is not the case for affiliates with the likes of Catena Media and Gaming Innovation Group throwing ridiculous sums of money at affiliate businesses in the last 18 months. 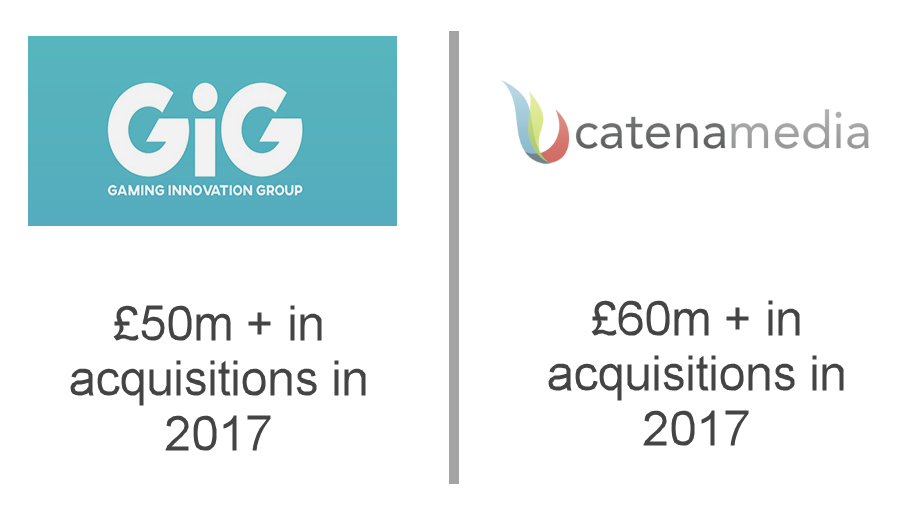 Affiliates diverting thousands of players to operators are worth a fortune and are big business as you’ll see from Catena and GIG’s crazy spending splurge above on European affiliates. These two affiliate giants have dished out over £100m between them in 2017 acquiring a range of affiliates mostly dealing with casino based customers.

Okay so what happened and why is affiliate advertising suddenly in the news lately?

Basically what the ASA are saying is that as an operator you are fully responsible for the content that affiliates pump out that promotes players to sign up for a betting account on your site. This is where the problem starts! How the hell is an operator supposed to police what their networks of sometimes hundreds of affiliates pump out on their blog, site or Facebook page in order to get a juicy cut of the future player’s losses?

This type of scrutiny isn’t new and has been in place in the drinks industry for years where the likes of Guinness have incredibly strict guidelines in place on how advertising companies can use their brands, such as never making it look like people’s lives are improved by slamming pints, never showing that boozing makes you more sexually attractive, or never (ever) use content that’s attractive to anyone under 18. What’s somewhat different in the betting space is that for alcohol companies their brands are simply more important and valuable to them and so they go out of their way to protect it with extensive guidelines.

With Paddypower Betfair recently bringing in a “one strike and you’re out” policy and Sky Bet closing their affiliate program it’s clear that these are the ones who are taking no chances with their brands. If I run an off license and as a bid to attract more students in the door I put together a poster of a chap with a can of Heineken in his hand surrounded by 5 women all smiling at him with a tagline saying “Drink Heineken, it gets you laid” with a giant Heineken logo on it you can be damn sure that Heineken will come down on me like a ton of bricks for breaking their guidelines. So why doesn’t it work the same in the betting space?

There’s several reasons here why it’s not so easy for betting companies to police what content their affiliates pump out, some of which are not that obvious. The image above is from a betting affiliate that got their ads banned from Linkedin but could have gotten bet-at-home in hot water also!

In the example above the off license is a consumer facing business with a clientele that, if they get pissed off with him, probably just won’t go there again. Also if Heineken refuse to sell him their delicious beer he’s pretty screwed so he’ll be more careful. For betting companies it’s a bit different. A lot of the affiliates are one man bands running football blogs from their laptops and that are only doing it on a part time basis. They simply don’t have the same reputational worries.

The next time you’re browsing any football website, on a popular blog for your football team or see a lad on Facebook recommending an acca that is guaranteed to win then you’re entertaining an affiliate. Most people simply ignore the banners or the sponsored articles but with enough traffic on the pages perhaps 0.5 – 1% of people will end up clicking on Ray Winston’s face, registering a Bet365 account, depositing 50 quid and losing their bollocks, 30% of which will go to your favourite site.

The reality is that most sports related sites and apps simply have no choice but to ramp up their affiliate deals as their advertising partners that were previously paying the bills with sponsored content are now pumping all of their advertising dollars into much more measurable Facebook campaigns. With now a massive amount of competition for these lucrative “losers” the affiliates are now taking more risks with ridiculous fake promoted stories about guys massively in debt who magically went to a betting site and won a fortune, solving all of lives’ problems in the process.

Bullshit and immoral content like the one mentioned above has brought what affiliates do out in the open with The Guardian and the Daily Mail recently writing about it and politicians (boring UK Labour ones) now giving out. The natural step was for the watchdog to step in saying “how dare you” to the operator and for the local politician to start rambling on about something he/she is completely clueless about. 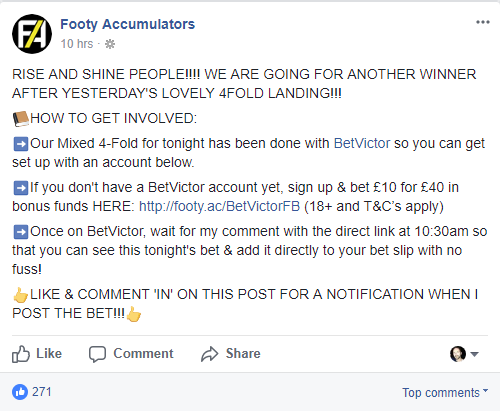 In the long run if the regulator continues in wrapping the industry in further red tape and comes down hard with fines or penalties on operators for shady content pumped out by their affiliates then the larger operators will just follow in Sky Bet’s lead and scrap their programs, which will kill a lot of content providers in the process. At the very least it’ll just benefit the casino.com or gambling.com and kill the smaller ones.

What are the options?

One rather bizarre recent restriction saw affiliate giant Catena Media being banned from advertising in Holland by the regulator there for:

iGaming operators and their affiliates are not allowed to target local players by using typically Dutch symbols, such as tulips and windmills.

Will the UKGC ban the poppy, the English flag or a football from being used in gambling advertising?

One option along with forcing the operators to do much stricter vetting like Ladbrokes have introduced is potentially to make the affiliate register with the Gambling Commission (or whatever other regulator). This has been muted in the past but never gained much traction. If they had to register (not be licensed) then this would be surely a sly enough mechanism of weeding out shady affiliates who don’t want to register with a government body.

If the affiliate isn’t registered then piss off, you wont get approved as an affiliate with any of the main operators or you’ll get the boot if you already have a partnership.
Thoughts (good or bad)? Leave them in the comments below.

Graham Carrick is the CEO & Founder of RunLastMan, the UK’s largest provider of Last Man Standing fundraisers and group betting games through the RunLastMan website and app with over 60,000 players.