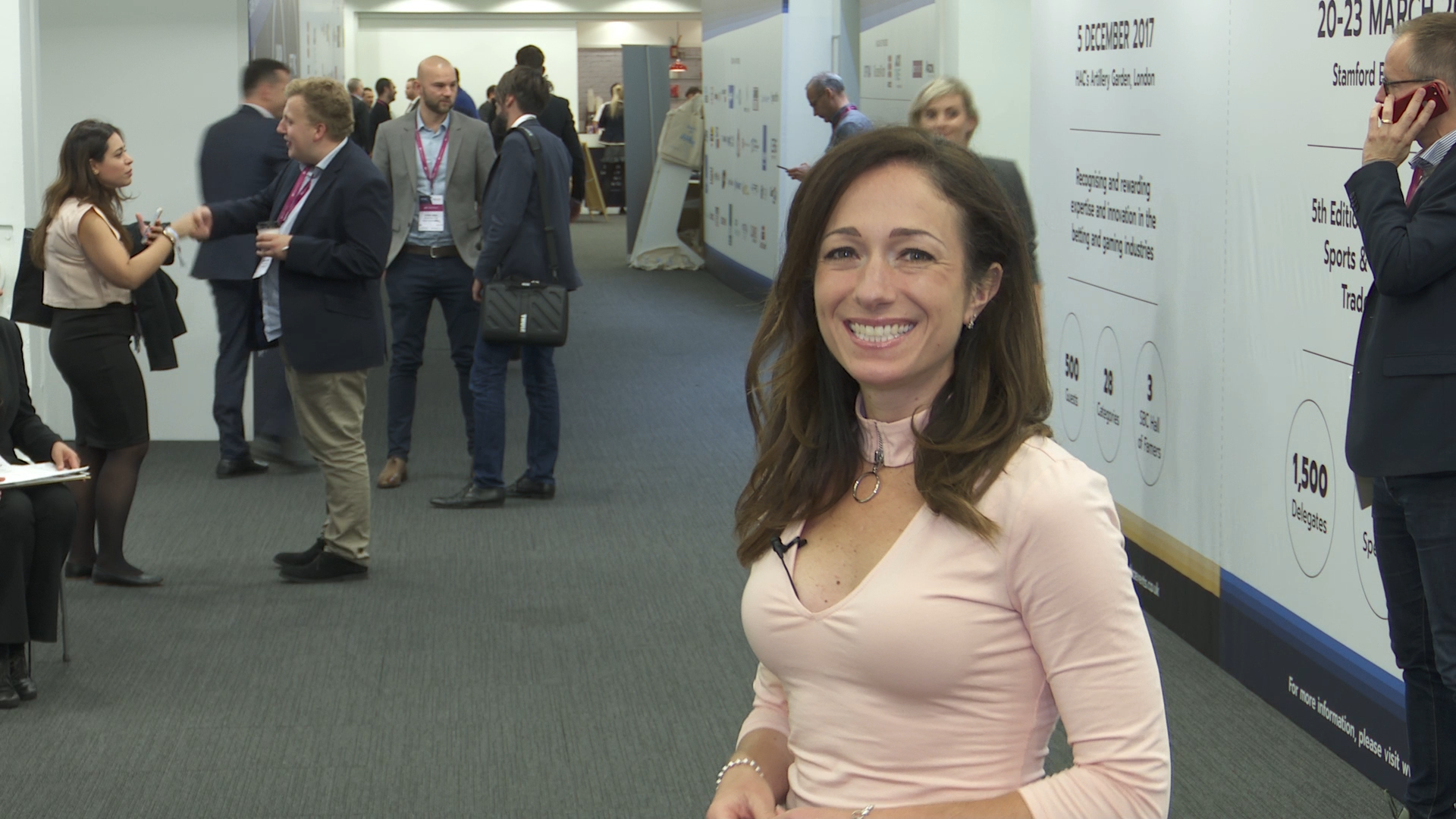 Sports betting professionals from around the globe returned to London’s Olympia this morning to attend the second day of Betting on Sports 2017. Despite a previous evening packed with official conference dinners and the official conference party, the expo floor enjoyed another busy day alongside a variety of conference sessions.

Its common knowledge the African market has huge potential for sports betting companies, especially the country of Nigeria. Nigerian sports betting operator Akin Alabi of Nairabet delivered today’s presentation on legislation in Nigeria and communicated to delegates the situation is likely a lot more complicated than we initially thought.

There are 36 states in Nigeria and an overarching Federal Government all wanting control of gambling regulation, a battle that has been underway for two years now. Despite these political complications, there are local operators thriving in the market and Alabi provided his best piece of advice for European companies who wish to get involved.

“Five years ago I would say ‘hey, come in, come in, there’s a lot of space for you’. But now the market is closing up. Competitions is getting tougher and tougher every day. So my first advice to anybody coming in would be why don’t you work with an existing operator? Why don’t you work with someone who has been there for a couple of years who has learned the ropes, who has got the licenses and maybe lacking a bit of technical expertise, lacking a bit of money, why don’t you come as a partner, bring what you’ve got and grow that business from there rather than starting from scratch”, Alabi told CalvinAyre.com.

“Nigeria is a very complex country, we’ve got about 100 languages apart from the official English language, we’ve got so many tribes, Nigeria is so big, unofficial figures about 200 million people, so where do you start from? We talked about regulation- 36 states, the federal- you won’t even know what hits you until you get there, so its better to work with someone who is on the ground, an existing operator and that’s my advice for people coming into the market”, he added.

We spoke with speaker Marcus Brennan, CEO of BetBright, to get his thoughts on innovation in the sports betting industry. Prior to launching BetBright, Brennan’s background is with other industries and he believes innovation is lacking in ours. In an effort to facilitate innovation internally, Brennan insisted on building BetBright’s software from scratch as opposed to going with a third party supplier.

“If you look at this sector its very inward looking and very copy cat. It hasn’t looked outside of sector traditionally and I always say to people, imagine if Silicon Valley did this sector. Or even Apple”, Brennan shared with CalvinAyre.com.

“I can identify in specifics the gaps where this sector has lagged behind other eCommerce sectors and to implement those sort of systems, whether it be recommended systems or big data or personalisation or social media property you need to control your own technology roadmap. You can’t be on somebody else’s agenda- you ask for a feature, you might get it two years down the road, they give it to everybody else anyway”, he added.

Today’s Betting on Politics panel featured Paddy Power’s Head of Trump Betting, Joe Lee. Lee elaborated on the huge interest Paddy Power punters have had and continue to have on Trump-related markets.

“From the standpoint of customer engagement and social media which Donald is pretty active on himself, we’ve seen our customers getting involved on Twitter both with the president and with ourselves asking for kinds of markets we would have never considered political betting propositions in the past”, he shared.

“But that’s what Donald Trump has done, he’s taken politics from the extremities and basically projected it into something that’s a mass market interesting proposition to bet on, something that we wouldn’t have necessarily seen in the past”, Lee told CalvinAyre.com.

At the conclusion of Betting on Sports 2017 we caught up with Rasmus Sojmark, the Founder of SBC and the organizer of this event. Sojmark was delighted to announce over 1400 delegates walked through the doors over the past few days and pointed out the impressive presence of the event’s Platinum Sponsor Optima and Gold Sponsor Golden Race on the expo floor.

Looking back on the past two days, its clear everyone involved with this conference, from the organizers to the sponsors, media, speakers and delegates, had a positive experience. We are all proud of SBC and look forward to attending their portfolio of events in the future.