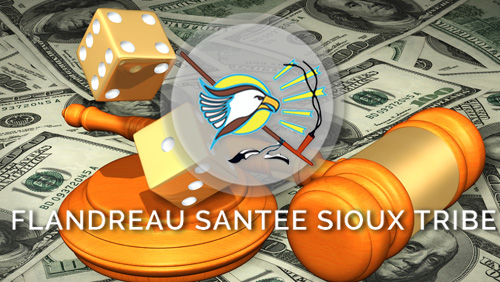 A Native American tribe has appealed to South Dakota gambling regulators to forget its plan to remove a requirement that certain electronic wagering businesses use a bank located in South Dakota.

The Flandreau Santee Sioux Tribe is up in arms over a proposed gambling rule change in South Dakota as it believes that it will help Bettor Racing Inc. owner J. Randy Gallo evade paying about $5 million owed to the tribe, according to the Associated Press.

In a letter to Gov. Dennis Daugaard last month, Tribe President Anthony Reider claimed that the rule change favors Bettor Racing. Reider explained that the proposed new rule will aid Bettor Racing in blocking the enforcement of what he described as a “hard fought” court judgment.

The tribe chief lamented that Bettor Racing has yet to be penalized for doing business from an out-of-state bank since it is a clear violation of the state rules.

Going forward, Reider said they will appear before the commission meeting to fight the proposal on the gambling rule change. Bettor Racing has yet to comment on the matter.

Documents showed that Santee Sioux lodged a case in tribal court against Bettor Racing for alleged breach of contract. They were also demanding Bettor Racing return the money it owes them.

According to Reider, Bettor Racing faces more than $6 million combined judgments that a tribal casino entered. So far, the tribe has collected roughly $1.6 million from the betting firm.

The tribe, according to Reider, also asked the Commission on Gaming to impose a disciplinary action against Bettor Racing. The commission reportedly slapped Bettor Racing with a $1,500 fine.