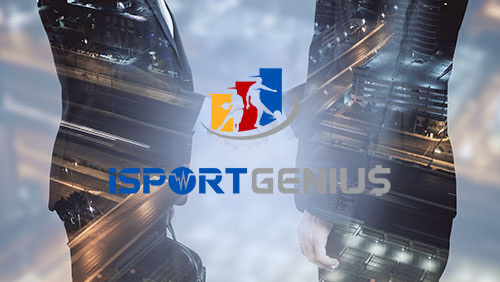 The Australian arm of Ladbrokes has been working with iSport Genius on the operator’s Infohub offering since the start of 2016 and is in the middle of a three-year deal. The contract extension means the two will be working together for at least five years.

In parent company Ladbrokes Coral’s most recent results statement, Infohub was credited with helping the company to its achieve status as number two in the Australian sportsbetting market with net revenue growth in the first-half of 2017 of over 50%.

Nathan Rothschild, partner and co-founder at iSport Genius, said: “We are very pleased to see that our collaboration with Ladbrokes Australia has been such a success in drawing in the punters to our unique sports-data and betting insight offering.”

He added: “This deal extension, particularly with a significant amount of time remaining on the original contract, is a great testament to the work that has been put in by both companies to provide a truly engaging data offering to Australian punters.”

A central retention tool
Jason Scott, the new chief executive at Ladbrokes Australia, said the company was impressed with the results it was seeing with Infohub with regard to the customer response.

“We were very keen to sign iSport Genius up for a two-year contract extension,” he said. “Infohub has proved its worth in the period it has been running and is a central element of our retention proposition and has helped us achieve market-leading growth rates.”

The news tops off a busy month for iSport Genius which in late August announced a deal with Sportsbet, the Paddy Power Betfair-owned Australian-facing bookmaker. Sportsbet’s ‘The Locker Room’ data offering went live in late August in time for the Australian Football League (AFL) and National Rugby League (NRL) finals.

The Australian secret of success
Rothschild said in a recent opinion article that he believes the Australian online sportsbetting offerings had been “evolving at speed in recent years”, despite regulatory obstacles, adding that he thinks that engagement is central to the success.

“This is what our product offers our clients,” he said. “We give them the opportunity to connect with their customers via sports-based information that brings the punter closer to the game and ultimately gets them betting more with that operator.”

Rothschild will be speaking at the upcoming Betting on Sport conference at Olympia, London from 12-15 September and will be taking in further meetings in London, Dublin, Amsterdam and Stockholm on his visit.

If anyone wishes to arrange a meeting with either Nathan or international development director Lee Richardson to see how the iSport Genius data product can enhance their sports-betting offering, they should contact Nathan or Lee.

Melbourne-based iSport Genius is part of Genius Tech Group which was founded by Nathan Rothschild (head of strategy), Brett Cosgriff (head of content) and Jared Hopping (head of product). It specialises in the development of new technology and analysis of big data. iSport Genius, which is the flagship product of the group, has received global recognition for its data rich experience. Genius Tech Group has staff in Asia, Europe and the Middle East and is backed by venture capital firm Regentbay Investments.