Back in those days, I was a Sky TV customer, and remember paying to watch a Madonna concert, and several WWE events, but each time I did it with a grimace on my face like I had just sprayed my mouth with pesticides. 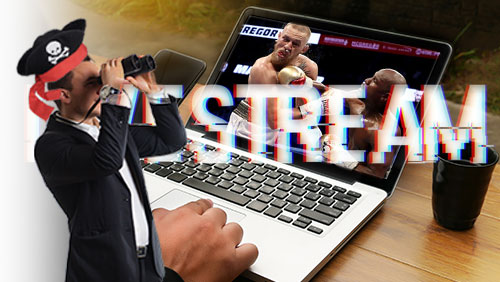 So, on Saturday night, as Floyd Mayweather prepared to go 50-0 against the UFC star Conor McGregor, I asked my brother-in-law how we were going to watch the fight?

We didn’t watch the fight.

Today, I read that 3m people streamed the fight illegally via live stream URLs found on Amazon, eBay, and Alibaba amongst a myriad of other sources.

How is it possible to pay £19.99 to watch the fight on Sky Box Office in the UK, but have to stump up $99.95 to look at the scrap in North America? And who on earth pays $99.95 to watch hours of painfully boring crap, before a fight begins that could last three minutes?

Well, quite a lot of people apparently.

The PPV numbers for the Mayweather v McGregor fight are not yet in, but we know that the Mayweather v Pacquiao fight earned £400m through PPV thanks to 4.6m people who have too much money to burn.

It could have been worse for the corporations who were after all that loot. Leading up to the fight, Showtime sought an injunction from a judge to shut down 44 different domains advertising a backdoor entrance to the squabble.

According to figures provided to Forbes by Irdeto, there were 239 illegal live streams rebroadcast online. Digital content scrutineer, Tecxipio, learned that 445,000 people downloaded a copy of the fight in the wake of the Round 10 TKO for Mayweather, including 78,000 from the States, and 49,000 from the UK & Ireland.

Pirates used platforms like Facebook, YouTube, Periscope, Twitch, and Kodi to broadcast the event illegally. Ironically, Showtime had to delay the start of the fight because people were trying to pay $99.95 to watch the PPV but couldn’t because the sites kept crashing.

To put those figures into perspective, only 200,000 viewers watched 19 pirated streams when Anthony Joshua won the Heavyweight title from Wladimir Klitschko.

Tens of millions of people saw the Mayweather fight globally.

Mayweather is said to have earned $100m for the fight, and McGregor took home $30m. At least two punters placed seven-figure bets on Mayweather to win the fight. Bookies stopped Mayweather from placing a $400k bet on himself to win before the end of the ninth round. Betfair expected punters to trade £100m before the fight began.

Right, does anyone know where I can watch the season finale of Game of Thrones without paying for it?