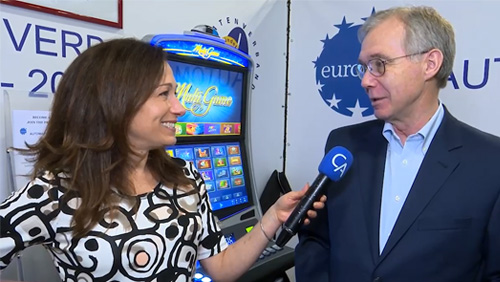 In this interview with CalvinAyre.com’s Becky Liggero, Helmut Kafka of Automatenverbrand discusses the “incoherent” regulatory situation in Austria.

Governments play an important role in ensuring a stable gambling industry. They acts as watchdogs against scrupulous companies.

On the other hand, gambling operators take cue on the policies that the government will set – who are allowed to gamble and what games are prohibited to be played in a certain jurisdiction, among others.

But what happens when a government sets an incoherent regulation?

Helmut Kafka of Automatenverband pointed out that unclear regulation may result in the closure of gambling businesses and also the prevalence of illegal gambling in a jurisdiction.

Unfortunately, Kafka pointed out that this is what is happening in Austria where the regulatory climate is very unstable.
Kafka recalled that there were over 1,000 companies in Austria that were involved in gambling, betting business, and amusement machines. Austria’s extremely tight rules, according to Kafka, led to the closure of most of these businesses.
Austria’s unstable regulation also paved the way for the rise of online gambling businesses, which, according to Kafka, thrived in the gray areas of the business.

“It’s correct. It is very uncertain. It’s unstable. Recently, there are only a handful of companies left because of the extremely tight rules, which make a lot of people reckless and a lot of companies went out of business,” Kafka told CalvinAyre.com. “The players don’t appreciate it. They are moving towards the online business. We presently have last year’s numbers and figures of all expenditures of the household for gambling and betting. 44.8 percent go online.”

The lack of clear regulation in Austria, according to Kafka, also resulted in numerous legal cases in the ECJ and other gambling-related inquiries.

Furthermore, Kafka noted that Austrian politicians are trying to put a gambling monopoly like in Germany.

“We have five counties where you can play gambling machines. But you need a player’s card. You will be identified and you will restrictions on the playing time. We have four counties that have prohibition. Our counties are not members of the European Union. State of Austria is the member of the European Union,” he said. “Within Austria, we have an incoherent situation.”