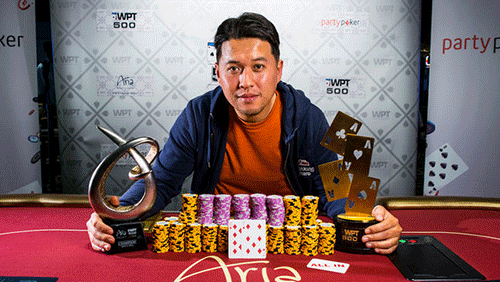 3: Barrels of a live tournament flavour with a round up of wins at the Seminole Hard Rock Poker Open, German Poker Championships, and the World Series of Poker Global Casino Championships.

Nick Schulman found time to step away from the commentary booth to kick some ass in the $50,000 Super High Roller at the 2017 Seminole Hard Rock Poker Open (SHRPO).

The $1m GTD event attracted a measly 19-entrants, but Schulman won’t be turning his nose up at the $440,000 first prize, after defeating the God of the Aria High Rollers, Jake Schindler, in heads-up action. 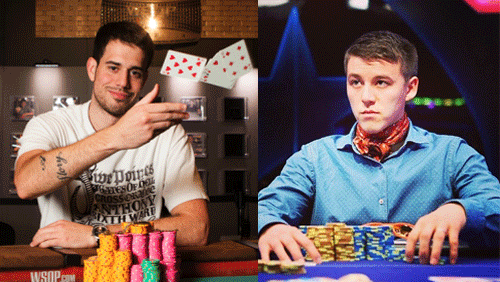 The result was Schulman’s best since finishing runner-up to Kully Sidhu in the Bellagio Cup back in 2016, where he earned $557,388. Schulman’s all-time money won playing live MTTs moves up to the $9.2m mark, good for 62nd place in the Hendon Mob All Time Money List.

Anatoly Filatov has won his second live event in the partypoker livery, and both have come in Rozvadov, Czech Republic.

The Russian star topped a field of 77 entrants in the €5,300 buy-in High Roller as part of the partypoker LIVE German Poker Championships. Filatov banked €64,125 for a win against a final table that housed the recent WSOP Main Event final tablist Jack Sinclair. The Frenchman Benjamin Benoit took the lion share of the cash after a three-way deal.

Sean Yu is wearing the last WSOP bracelet handed out in the US this year after taking down the WSOP Global Casino Championship.

Yu qualified for the season finale after winning the World Series of Poker Circuit (WSOPC) Main Event in Planet Hollywood, Las Vegas for $170,286, earlier this season. Yu earned $296,941 for his victory in this one.