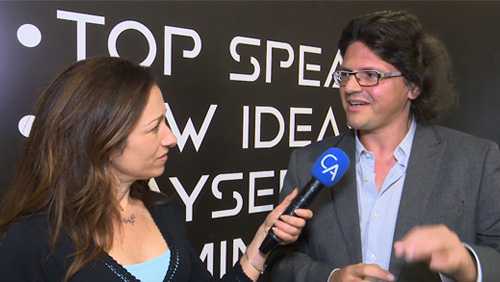 In this interview with CalvinAyre.com’s Becky Liggero, Angelo Dalli of Lotto Hero explains how a dinosaur industry like lottery may become a relevant offering in the 21st century.

One of the oldest forms of gambling that still exist today is lottery. The numbers game dates back between 205 and 186 BC when the Han Dynasty lords over China. Historians say credited lottery for funding major infrastructure projects during China’s so-called age of economic prosperity.

The development of other forms of gambling, however, has put lottery’s relevance nowadays. Most considered lottery as a dinosaur industry that is about to get extinct as it competes with the likes of sports betting, poker, daily fantasy sports, and casinos.

Angelo Dalli of Lotto Hero quickly dismisses this notion, saying that Lottery is like a sleeping giant that will let its presence be felt given the right opportunity at the right time.

“I think we should expect more innovation, and also, we are coming out with new products. I think lottery is like a sleeping giant,” Dalli told CalvinAyre.com. “On land base it is huge, [but] on online, [it’s] less so but I think we are going to do our best to make sure it becomes one of the most popular and have its right place between casinos and sportsbooks, poker. I do think, within two years, you will see all different types.”

To ensure the longevity of the lottery industry, Angelo Dalli of Lotto Hero said operators should come up with ways to make the offering more exciting to players. Most players, according to Dalli, are now turning to the internet to gamble.

“We’ve been innovating in different space, in casinos, and sports betting. We’ve been thinking about our continued success in launching land-based lotteries, together with our partners, and try to find the best way to innovate lottery to make it exciting for online players,” Dalli said. “So we try to make it rather to appear to operators to provide a good retention and acquisition to players.”

Lotto Hero, for example, has developed products that are timely and relevant to tech-savvy players who spend most of their time using their mobile phones to gamble. It also sits between the casino slots and the sportsbooks and, at the same time, appeals to players who wants something quick return.

Unlike the usual lottery products, Dalli said their offering gives players the opportunity to win $1 million “an hour, every, hour, on the hour, 24-hours a day.” For those players who do not make it the first time, Dalli said that they also have a second chance feature that allows them to take another shot of winning the million-dollar jackpot.

“What we’ve been doing is basically trying to have a product that sits between the casino slots and the sportsbooks, appealing to those I mean, one hour is not that long to wait but we can provide larger than one million. They can actually go up to ten million at maximum,” he said. “And also to the sportsbook players to have something in between while watching the game when they have time, so on and so forth, trying to get that excitement back into the lottery. And to provide a nice interface, a nice sound that doesn’t look ugly like a lot of existing products. It doesn’t look like a bet slip digitized into a paper form. It should have nice graphics when you see the numbers, giving your favorite number, your horoscope, and all that.”