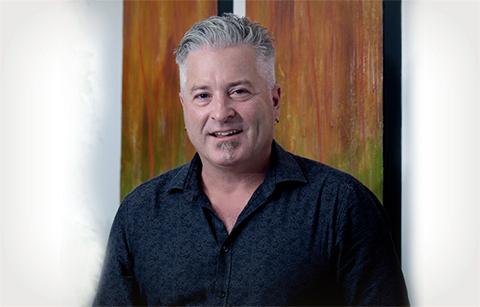 St. John’s, 8th August… The Government of Antigua and Barbuda announces the appointment of Mr. Calvin Ayre as a Special Economic Envoy with responsibility for advising on economic cooperation and commerce between Antigua and Barbuda and other sovereign States where blockchain technology is being utilised.

Mr. Ayre will advise the Government on the effective implementation of new technological developments in cryptocurrency and Bitcoin which have been adopted by leading companies in the United States, Australia, Denmark, the Netherlands, Sweden, Canada, China, and the United Kingdom. He has already invested heavily in Bitcoin blockchain core technology and his e-Com technology processes more Bitcoin transactions than any other platform in the world today.

As it did in offshore banking and Internet Gaming in the 1990s, the government of Antigua and Barbuda anticipates becoming an early leader in the Caribbean to compete in the international community in the provision of a legal platform for world-wide private sector activity utilising blockchain technology.

In addition to the work that his companies have done in research and development of blockchain technology and Bitcoin, Mr. Ayre has a wealth of knowledge in the internet gaming sector having pioneered the development of software support for online gaming, and subsequently establishing his own gaming operations under the popular Bodog brand.

His efforts are expected to re-invigorate the Internet Gaming industry in Antigua and Barbuda which, in 1999, provided more than US$100 million to the economy and employed over 2,000 people. Today, the online gaming business is worth in excess of US$37.9 billion annually with markets throughout Asia and Europe.

As it continues to diversify the economy and create new and high paying jobs for its people, the Government of Antigua and Barbuda looks forward to the contribution of Mr. Ayre’s technological companies. 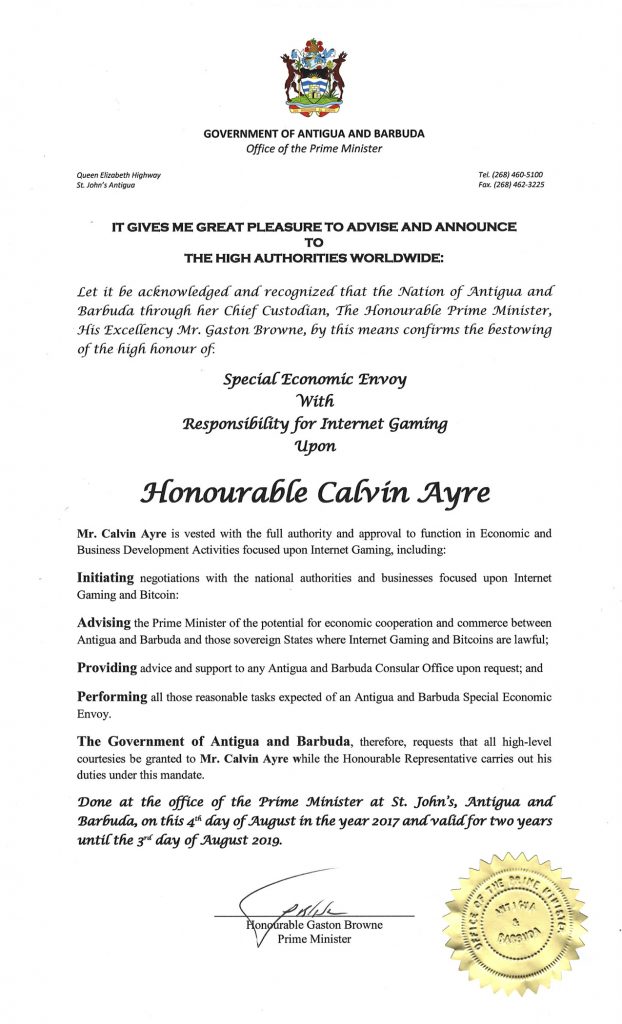