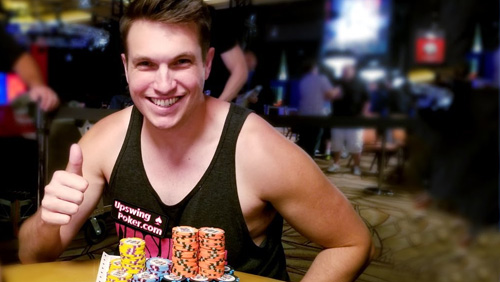 Doug Polk reaches into the Bobby Ewing playbook to poke fun at the largest online poker room in the world as he continues to grow his reputation by bringing down the reputation of others.

When I awoke from my slumber, and my news feed whispered into my ear that Doug Polk had joined PokerStars, I lost all respect for the man. Not because PokerStars isn’t a paragon of par excellence, but because I abhor people who slip one into the enemy after lambasting them for so long.

There was a video.

I had to watch it for myself, and within seconds, sanity was restored, as I realised it was a hoax. I think the kids, today, call it a troll {although when I was a boy a troll was a monster that lived underneath my bridge, hence the reason I would sprint across it at night when no one was watching}.

The video is pure genius, because it reveals some important lessons about reputation; something that the poker community could benefit from.

The most important thing about reputation is to find something that you excel at, and then build from that vantage point. Doug Polk is a great poker player, maybe one of the best in the world, but that’s a rather crowded marketplace.

Polk couldn’t use his skills as a poker player as the one quality to hang his reputation on. Instead, Polk became the funniest and most sarcastic ‘great poker player’ in the business. Polk’s fans love his humour, and because of this, it’s only when Polk ceases to be funny, that his reputation slips. It doesn’t matter how many poker tournaments he wins, how many cash game sessions he destroys, or how perfectly erect his win line stands. It doesn’t matter if he joins PokerStars as a Team Pro, all that matters is he continues delivering the gags.

And there are plenty of them in his recent Bobby Ewing style it was all a dream storyline.

Polk’s hilarious scripts work because he is usually tearing down one of poker’s great institutions. Daniel Negreanu has been a target for the Polk scriptwriters in the past, and now his employer PokerStars walks into the crosshairs.

This is why we talk about Polk.

He has the gumption to take on the big boys, and we like that about him.

Polk has patiently grown his brand, and reputation, both on Twitch, and YouTube, by carefully selected some of the games biggest reputations, and then slaying them with death by a thousand gags.

What better way to grow your reputation than by hacking away at the reputation of others.

Not only do his YouTube and Twitch numbers keep growing, but his skills as a poker player are now greatly exaggerated as a direct result of the uptake in his reputation.

As a case in point, I recently surveyed some of the top poker players to ask them who they believed was the greatest poker player alive today, and Polk was one of the most common choices.

And I can’t see any end to this.

Polk is going to take over the poker world.

They will change the game to Polker.

Who would dare take him on?

Poker players are too lazy to fight him on the YouTube battlefield, and corporations know that to throw one punch would mean committing corporate suicide.

An attack on someone else’s reputation can be a potent weapon.

Polk knows this, because when it comes to branding and marketing, there is nobody better than him in the business, something that the people he is repeatedly kicking in the balls could learn a thing or two about.