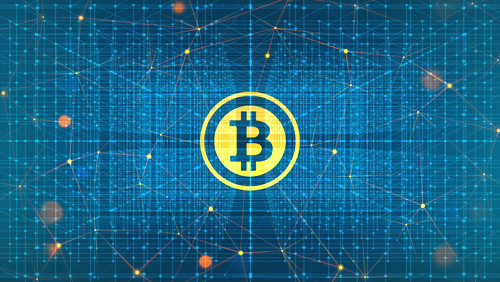 LONDON, July 26, 2017 — On July 24 and 25, blockchain research and development pioneer nChain conducted its previously-announced workshop with members of Bitcoin Unlimited (BU) to jointly support bitcoin scaling initiatives. Meeting in Vancouver, Canada, teams from nChain and BU successfully explored ways in which they can collaborate to achieve larger block sizes and massive on-chain scaling of the bitcoin network.

As a key first step in the developing collaboration, nChain will help improve and deliver a “certified” version of the BU client software. Unlike Bitcoin Core, BU’s client software is designed for larger block sizes and provides a better foundation to support on-chain scaling. nChain will enhance the BU client software into a next-generation “certified” version with rigorous software testing and quality assurance, thorough documentation, and strong software support. This certified version will be especially valuable for Bitcoin miners, exchange operators and merchants. BU will continue providing its own version of the client software, which will include Beta releases and production code, intended more for mass consumer use by small businesses and individual users.

“nChain has confidence in Bitcoin Unlimited and BU’s code. With improvements we can provide using nChain’s expertise, we are also confident that our ‘certified’ version of Bitcoin Unlimited’s client software will address the needs of enterprise users, especially miners. nChain intends to make this certified version available for usage without charge, as part of our contributions to help achieve a faster, more powerful bitcoin network and exponentially higher bitcoin value for everyone’s benefit.”

“At our meetings in Vancouver, we were excited to exchange ideas with nChain on how to improve the Bitcoin Unlimited code. With contributions from nChain and our own development team, we know Bitcoin Unlimited will become an even stronger, more powerful client for users of all sizes. The Vancouver workshop also confirmed the spirit of cooperation between Bitcoin Unlimited and nChain, laying a solid foundation for continued information exchange and partnering to support big blocks and bitcoin network scaling.”

During the workshop, nChain also had the opportunity to address developments in the bitcoin scaling debates. The recently-announced “Bitcoin Cash” user activated hard fork to occur on August 1, 2017 would create a new “BCC” version of bitcoin. However, despite speculation in online fora and social media posts, neither nChain nor its Chief Scientist Dr. Craig Wright are involved with or operating the Bitcoin Cash initiative.

“I recognize why I am a polarizing figure in bitcoin and understand why so much is written about me on the Internet and social media, even though most online posts are incorrect. The incorrect comments include anything suggesting that I am behind the Bitcoin Cash initiative; I am not. However, I applaud the efforts of whoever is behind Bitcoin Cash to achieve a truly decentralized, peer-to-peer electronic cash with higher, more efficient transaction capacity.”

“nChain is not one of the forces behind Bitcoin Cash. But we agree with its principles to bring sound money to the world with low fees and reliable confirmations, and its desire to spur unrestricted growth, global adoption, and decentralized development. We wish success to Bitcoin Cash and whoever is responsible for the initiative.”

During the Vancouver workshop with Bitcoin Unlimited, nChain also had the opportunity to discuss the SegWit 2x industry compromise agreement. nChain supports the second step of the SegWit 2x agreement – the mid-November 2017 increase to a 2MB block size. But nChain supports much larger blocks to achieve significant on-chain scaling and believes an upgrade to 2MB blocks should only be the beginning of continued block size increases to solve the bitcoin network’s current capacity problem. nChain will continue its research and communications to demonstrate the opportunities and benefits of further on-chain scaling with even larger blocks.

“We anticipate many ways in which nChain can work cooperatively with Bitcoin Unlimited on initiatives to develop a bitcoin network that powers faster transactions and enterprise-level capabilities. We also want to collaborate with other players in the bitcoin ecosystem, and invite others interested in partnering with us to reach out to nChain. Working together, we can cement bitcoin’s place as the dominant cryptocurrency and achieve a future where the value of bitcoin is truly maximized.”

In addition to its support of BU, nChain is researching and developing tools, protocols and applications to support blockchain growth worldwide. This includes a software development kit to enable programmers to develop applications on the bitcoin blockchain; solutions for scalability of the bitcoin blockchain; inventions to improve security; on-chain scripting for smart contracts; and a decentralised trading platform that uses autonomous agents.

ABOUT NCHAIN: nChain is the global leader in research and development of blockchain technologies.  Its mission is to enable massive growth of the bitcoin network and dramatic increase in the value of bitcoin for everyone’s benefit. The nChain Group of companies has grown to a team of in excess of 60 world-class scientific research, engineering and other professionals primarily based in London, United Kingdom and Vancouver, Canada.