The most decorated poker player in World Series of Poker Circuit (WSOPC) history, and recent American Poker Award winner for Breakout Performance of the Year, Maurice Hawkins, is being sued by a Tallahassee attorney, over an alleged staking deal gone sour.

The news emerged in FloridaPolitics.com, where Lewis, a partner at Fonvielle Lewis Messer & McConnaughhay personal injury law firm, filed a lawsuit in Leon County, Florida claiming that Hawkins broke off their staking deal and had not returned $22,788 in unused backing money. 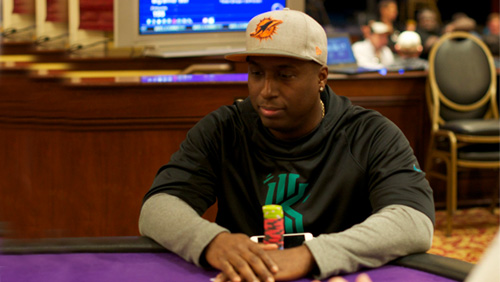 According to the article, Lewis met Hawkins while playing in a tournament in Jacksonville last March. In a thread on the 2+2 poker forum, Lewis said that Hawkins offered him poker tips before eventually asking him to stake him in tournaments. Lewis agreed to a 50/50 deal and wired the money to Hawkins’s wife.

Here is where the details get a little fuzzy.

In the FloridaPolitics.com article, Lewis claims he wired a large sum of money so Hawkins could play at the 2016 World Series of Poker (WSOP). Hawkins didn’t have a good summer, cashing only once, and according to the article, Hawkins told Lewis he wanted to end the arrangement and return $22,788 in unused staking money.

Lewis maintains that money never arrived and that he has text messages from Hawkins that he’ll use as evidence showing that Hawkins claims he lost the money playing blackjack.

I reached out to Hawkins for comment, and the 10-time WSOPC gold ring winner sent me a link to an article in the Miami Herald where Hawkins refutes the allegations stating that he repaid $10,000 via cashier’s check, and used the rest for entry fees in accordance with their agreement.

Hawkins also told the Herald that before the dispute, Lewis had received more than $120,000 in winnings as part of their backing deal. Lewis disagrees with Hawkins’s version of events. Hawkins said the suit is troubling for him because protecting his reputation is worth more than the $22k.

Two days ago, Lewis began a thread on 2+2 called I am Suing Scamming Scumbag Maurice Hawkins For Over $22,000 That he Owes me trying to drag Hawkins’s reputation through the dirt, without providing any evidence, to back up his claims. The thread is currently gathering dust.

“I still like playing,” Lewis told FloridaPolitics.com. “But I guess of all the people you shouldn’t trust; it’s probably those who lie, or ‘bluff,’ for a living.”

I think we can safely add the word lawyer into that sentence.