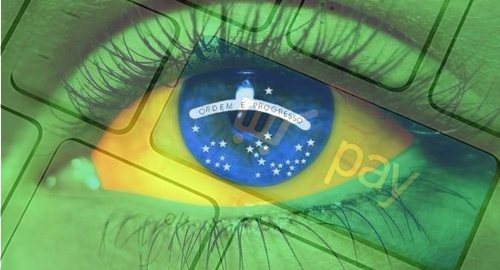 Brazil is considering legislation that would ban the use of credit cards or other forms of electronic payments involving internationally licensed online gambling sites.

Brazil has been trying to modernize its gambling market for years now but two competing gambling expansion bills remain stuck in their respective legislative chambers with no apparent sign of movement. And while the country appears no closer to approving locally licensed online gambling, the country’s senators are now trying to ensure that Brazilians can’t gamble online with sites based outside the country.

The PLS 213/2017 bill regretfully acknowledges that the nation’s current crop of politicians appear incapable of approving gambling liberalization plans despite “research that indicates that society accepts the exploitation of gambling.” The bill’s sponsors even express their hope that the pending gambling bills eventually do become law of the land someday.

Regardless, until those politicians get their act together, the bill insists that Brazil needs to close the “legislative loophole” that allows local residents to spend an estimated BRL 3b (US $951m) per year gambling online with international sites. Because, really, why shouldn’t political ineptitude be compounded by collective punishment of those not responsible for said ineptitude?

In a nutshell, the bill would task the country’s Central Bank with determining rules for implementing control mechanisms to prevent Brazilian punters from using credit cards, debit cards or any other form of electronic payment to participate in games of chance on international gambling sites.

The bill justifies its existence by pointing to similarly protectionist practices in countries such as Australia, France and the United States. In fact, the latter market’s infamous Unlawful Internet Gambling Enforcement Act (UIGEA) is held up as the inspiration behind PLS 213/2017, which should give Brazilian punters hope, given the UIGEA’s demonstrated inability to prevent US punters from enjoying their online entertainment.

The bill’s sponsor is Sen. Crio Nogueira, while Sen. Roberto Requião has been tasked with shepherding the bill through the Committee on Economic Affairs. Time will tell if Brazil’s famously fractured political scene proves more capable of passing anti-gambling legislation than the pro-gambling kind.