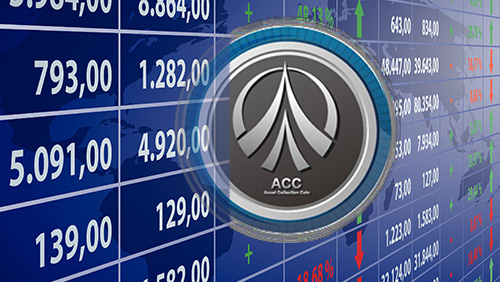 Trading of the ACC coin on Fukuoka, Japan-based NERAEX follows ACChain’s successful sale of the equivalent of U.S. $50 million worth of digital currency in a crowdsale that concluded in early June.

“We’re excited about ACC trading on NERAEX and we’re hopeful of partnering with other exchanges in Asia and North America very soon,” said Ms. Wan Jia, ACChain’s founder. “This is a very positive development.”

ACChain, which is at the forefront of asset digitization, expects the ACC to be traded on other exchanges, including Canada’s Allcoin and China-based BEXCHANGE, as soon as later this month, according to Ms. Wan.

“Asset digitization is the greatest untapped use of blockchain technology,” she said.

Blockchain, or distributed-ledger technology, is the encryption software that underlays Bitcoin, Ethereum and other digital currencies. Asset digitization is a form of financial engineering similar to asset securitization.

About ACChain
Asset Collection Chain, or ACChain, is a global, open source blockchain and decentralized-asset-digitization platform based in Guiyang City, China. ACChain is operated by Guiyang Blockchain Financial Co., which provides management and operational services. ACChain’s mission is to further develop the potential of blockchain technology and asset digitization. ACC is the standard and common ledger token of ACChain, allowing exchange and circulation of tokens on the platform.
For more information about NERAEX.
For ACChain.