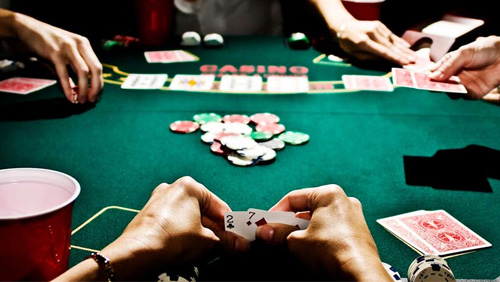 A Pune-based company has opened a poker club in Mumbai, located on India’s west coast.

Located in the upmarket Linking Road area of Santacruz, the poker club is managed by the New World of Sports Club Limited (NWOS), reported GLaws.in. The company is co-founded by Pune-based businessman Allen Bansode, Rishi Nagpal and Suraj Kusalkar.

According to GLaws.in’s Jay Sayta, the company “claims to have secured the necessary permissions and licenses from the police for running a licensed card room for the skill-based game of poker in the city.”

The Mumbai poker club is a members’ only club that conducts daily games and tournaments for its clients, according to the report. Managed by Poker Stuff India CEO Chetan Jain, the poker room is situated in a 2,000-plus square feet location and has over six poker tables.

Jain was quoted by Sayta saying that “it is completely legal and safe to play at the club, but interested players need to apply for membership and must be accepted by club, noting that “each membership application is thoroughly vetted” and that “new members are normally accepted through referrals only.”

NWOS already operates one poker room in Koregaon Park in Pune, which the company has set up last year. The company also plans to launch an online poker website, rounders.in, via its Kolkata-based affiliate, NWOS Gaming Pvt. Ltd.

The news of a new poker club opening in India comes at a time when existing poker clubs are still engaged in a legal battle to clear the uncertainty over the legality of poker games in the country, particularly in the state of Gujarat.

Several weeks ago, the Indian Poker Association (IPA) filed a petition with the high court accusing the state government of authorizing law enforcement agencies to break up an IPA-hosted poker game at a local YMCA club in the city of Ahmedabad. IPA and six other clubs, however, withdrew their original petitions and file new ones “to argue their contention that poker is a game of skill,” causing another delay in the clubs’ long-drawn fight to get a verdict from the high court.