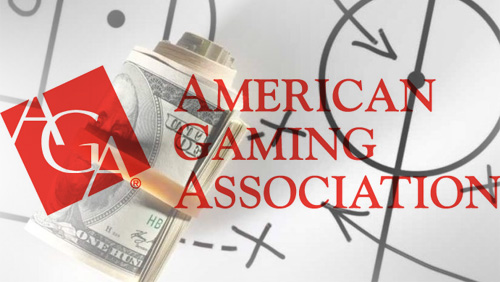 The influential American Gaming Association (AGA) has joined forces with elected officials and law enforcement agencies to push for the lifting of the US federal ban on sports betting.

PASPA, which was enacted in 1992, is the reason why sports betting outside the states of Nevada, Delaware, Montana, and Oregon is illegal – and Nevada is the only one of those four states in which traditional single-game betting is permitted.

After much consultation, AGA has joined calls for the repeal of PASPA by throwing their support to the newly-formed American Sports Betting Coalition (ASBC). AGA president Geoff Freeman said the group believes that “the time is right to repeal” PASPA.

“This group demonstrates that the desire to legalize and regulate sports betting is widespread and its formation is a critical component of providing Washington with the impetus to take action,” Freeman said in a statement. “This diverse group of stakeholders is critical to pushing for legislative action in Washington, which is the first piece of the puzzle. Ending PASPA means states can then decide if they want to have sports betting or not.”

One of ASBC’s goals is to enlighten interested parties on what will happen if the government decides to repeal PASPA.

At least 152,000 jobs, according to the AGA president, will be created while the industry will generate $26 billion in economic output and an estimated $5.3 billion in tax revenue.

The coalition, according to AGA, will also include an advisory council of law enforcement and state and local elected officials to solicit critical input as all invested stakeholders craft a solution.

Meanwhile, New Jersey Gov. Chris Christie has expressed optimism that the US Supreme Court will rule in favor of the state’s push to legalize sports betting.

NJ.com reported that Christie has predicted that sports betting will be legal in time for the Super Bowl.