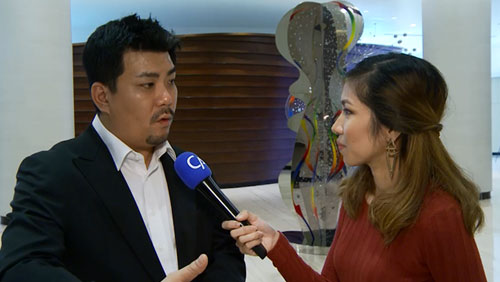 2017 has seen eSports continue to grow throughout the world. A week doesn’t go by without news of new development: from competitive gaming events to sponsorships and even acquisitions.

Meanwhile, Athens-based Vermantia Immersive Gaming has partnered with PvPRO Gaming to enter the eSports betting market. PvPRO Gaming is an eSports platform that enables the creation of online tournaments and heads-up matches in a variety of eSports.

Over in Asia, there is also a huge appetite among land-based casinos to engage fans of competitive computer games. There’s just one thing holding them back: policies that frown upon online betting.

“A lot of casinos located in Macau and Asian region actually want to host eSports events and connect it with eSports betting as well, but the major issue is that the most preferred games within the countries we’ve seen is all coming from the United States,” Alex Lim, secretary general of the International eSports Federation, told CalvinAyre.com. “If the game developers find out that such event is connected with eSports betting, they may not give the license to such game to hold the event, so it is truly affected by such policies coming from the United States.”

It probably won’t be long before Asia will dive into eSports betting, especially when regulators see that the competitive gaming arena can generate a whole era of new types of revenues.

“As the politicians and administrators, as they get to know more about the eSports there will be new types of laws and regulations which actually defined the realm of eSports betting and if there is somehow betting friendly games coming out from the Asian region, it can be connected with the proper eSports organizer and the betting companies, and actually you can make the ecosystem,” Lim said.