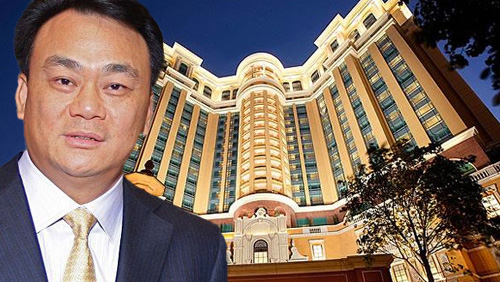 Aside from leaving his chairman post, Lam has also stepped down as executive director, the Hong Kong-listed junket investment company said in a filing on Wednesday.

Lam is replaced by Yan Xu as Jimei International’s chairman of the board, effective on May 31, the company said. Yan has been holding the executive director position in the company since May 11.

Another executive director, Luo Lei, has been appointed as chief executive officer of Jimei International, the company said.

Jimei International also announced a reshuffle in its board of directors after Tsui Kin Ming left his position as an executive directors. Three non-executive directors have also stepped down, including Kwok Chi Chung, who is also the president of the Macau Association of Gaming and Entertainment Promoters.

Lam’s resignation and the changes in the board of directors came in the heels of a deal, in which Lam sold his controlling stake in Jimei International to Cosmic Leader Holdings. The deal, which took place on April 7, involved a maximum consideration of HK$443.2 million (US$57 million) for Lam’s 65.05 percent stake.

Cosmic Leader is owned by Yan, who has an 80 percent interest in the company, and Chen Hong, who controls the remaining 20 percent. Chen already had a 0.04 percent stake in Jimei International.

Cosmic Leader previously said that it plans to maintain Jimei International’s listing on the Hong Kong Stock Exchange. The document stated the new controlling shareholder intended Jimei International, which has junket arrangements with two casino properties in Australia, to “continue its existing businesses.”

Lam fled the country shortly after the arrests and hasn’t been seen since. Philippine president Rodrigo Duterte originally ordered Lam’s arrest on charges of bribery and economic sabotage but later said Lam could resume his local gaming operations if he paid the necessary fines and back tax obligations, a sum totaling PHP13.9 billion (US$276 million).