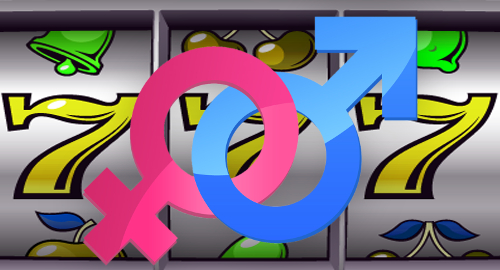 Problem gamblers display gender-distinct behavioral indicators in their reactions to gambling-related stress, according to the results of a new survey.

Using data from two recent large gambling studies, Australian researchers at the University of Adelaide and the Swinburne University of Technology compared the reactions of 580 male and 605 female slot machine players to prolonged bouts of losing. Their results were published in Springer’s Journal of Gambling Studies.

The male problem gamblers were more likely to report feelings of anger and frustration and often channelled this aggression into physical strikes against the machine that wasn’t paying out as expected. These men were also rude to gaming venue staff and were prone to engaging in “territorial stand-over tactics” to deter other customers from attempting to use machines the problem gamblers claimed as their own.

By contrast, the female problem gamblers’ visible symptoms of distress were more likely to take the form of crying or other signs of depression. The researchers suggested gaming venue staff should monitor regular female customers for any “noticeable decline in personal grooming” as a possible signal that the individual is struggling to control their gambling activity.

The researchers hope their research will lead to better training for gaming venue staff to monitor the gender-specific behavioral indicators sent by problem gamblers and to be better equipped to intervene when staff suspect a customer doesn’t know when to say when.