Home / Business / Victor Cui on the importance of brand ambassadors 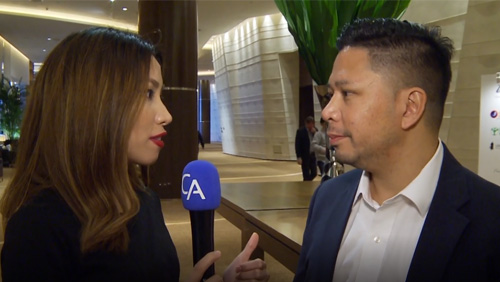 In this interview with CalvinAyre.com’s Stephanie Raquel, Victor Cui of One Championship explains why it is important for operators to invest in brand ambassadors.

Getting people to embrace a new offering is always a daunting task, especially for start-ups. These new offerings tend to be overshadowed by more established brands as consumer loyalty comes into play.

For their offerings to be able to compete with existing products in the market, operators need to step up their game in terms of raising awareness about their business. Good reviews about the offering is okay, but it isn’t enough to be able to persuade the public to patronize their brand.

To get the word about the company and the product out to the public, Victor Cui of One Championship advices operators to get a good brand ambassador who may represent their company in a positive way to lots of potential customers.

He said that building local heroes provide a credible, trustworthy promotion and visibility to a brand.

“We are telling these amazing stories that have always been here in Asia, of Asian athletes that are some of the best in the world are now being showcased on a global scale of One Championship. So you get heroes from the Philippines, from Myanmar, from China, from Singapore, that really touch the hearts of people,” Cui told CalvinAyre.com “Now, if you are a brand that you want to have a deeper connection with your audience and have them continue to return to you and engage with your brand, well these superheroes that we are building in these countries are perfect ambassadors for them.”

In Asia, Cui said that most of its Asian audiences want to see their respective local champions compete with the best in the world. This kind of narrative, according to Cui, brings hope and pride to the audience, especially when the fighters they are rooting for overcome their adversities.

Cui also revealed that they also get female brand ambassadors in order to encourage women to embrace the sport. He said that women’s mixed martial arts is a new area that is growing fast.

To capitalize on this growing trend, Cui said they got One Championship’s Angela Lee to become its brand ambassador.

“What is great about them is that they are not only talented athletes but they are fantastic representatives of the spirit of martial arts. They do a lot of activities with us where they engage the community about female empowerment, or just breaking down the ceilings that exists for the women of Asia, showing them that you can have whatever you want, it doesn’t matter what the color of your skin, your race, your religion, your gender is. You can do that if you set your goals on that dream and you can achieve it. So girls are fantastic ambassadors for telling people ‘set your goals high and you can do it,’” he said.