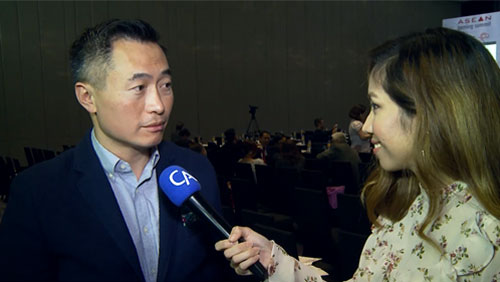 The Asia-Pacific region remains the leader in use and time spent on social media. The region accounts for more than half of all social media users worldwide.

Asia continues to fuel the growth of social networking website Facebook, as it accounts for more than 500 million monthly active users. Asia-Pacific is also a major presence on Twitter, as one-third of all its users are from the region.

The country that ranks first in terms of time spent on social media is also found in the Asia-Pacific Region. According to social media management platform Hootsuite and United Kingdom-based consultancy We are Social Ltd., residents of the Philippines spend an average of four hours and 17 minutes per day on social media.

Despite the popularity of the platform in the region, social casino remains foreign in Asia.

John Lin of PlayStudios Asia pointed out that social casino remains in its very early stages of development in Asia, accounting for just a little more than half of the North American market.

Lin explained that the distribution channel in not yet available in Asia. He added that the Asian market, which is made up of several different markets, has different consumer characteristics and game preferences that makes it harder for social casinos to penetrate.

“Making social casino games relevant for Asian players takes a lot more than simply translating dialogues in the game to local languages. It involves adapting new genres, it involves creating themes that are relevant to players,” Lin told CalvinAyre.com. “As I pointed out, it’s still growing from a very low base. Part of the reason is because the acquisition channels for the games are still developing. In the west, we are familiar with iOS and Google Play being the dominant app stores. But – in Southeast Asia especially – you have platforms like Viber, and Tango, and it’s a lot more for operators to figure out who to partner with and how to integrate with them.”

Citing his company’s experience, Lin said that it is best for operators to partner with an entertainment company in order to bring some of their real money, land-based casino games to the social casino channel.

“The way that partnership has worked for us is, they appreciate that it is not as simple as putting your game onto an app. They appreciate that we do things like create progression, create levels, create loyalty, engage players across social channels, that really enhance the engagement with the game,” he said. “But I guess, I would just point out, the social casino player is different in a lot of ways than the behaviors that you see at a land-based casino, in the sense that there’s a whole, kind of family of features that they seek, in addition to the core gameplay, like leaderboards, tournaments, sharing, gifting, and that’s the part of the expertise that operators like us, some of our colleagues and friends bring to it.”