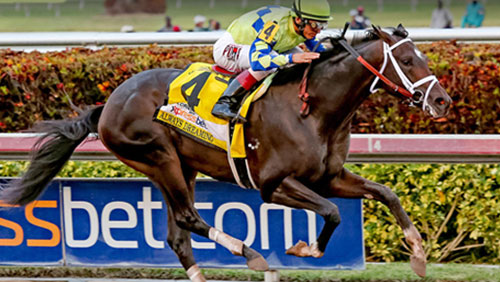 Only two horses have ever won the Kentucky Derby from the No. 14 spot, with the last coming way back in 1961 (Carry Back). One favorable trend for Classic Empire though is the fact that the favorite has won the first Triple Crown race each of the last four years.

Classic Empire won the Breeders’ Cup Juvenile last year and will be trying to follow in the footsteps of Nyquist (2016) and Street Sense (2007) as previous winners of both that race and the Kentucky Derby. Classic Empire also won the Arkansas Derby.

McCraken drew post position No. 15, which has actually seen more winners than No. 14. Five horses have won the Kentucky Derby from the No. 15 spot, the latest being Triple Crown winner American Pharoah two years ago.

McCraken won his first four starts but suffered a minor ankle injury on February 28 and finished third in the Blue Grass Stakes on April 8 as the 8-to-5 favorite behind winner Irap and Practical Joke, who are listed at +1800 and +2500 to win the Kentucky Derby, respectively.

Irish War Cry will start from the No. 17 position, and he will attempt to become the first horse ever to win from there. He won the Wood Memorial on April 8 and also the Holy Bull Stakes on February 4, beating out 1-2 favorite Classic Empire, who finished third.