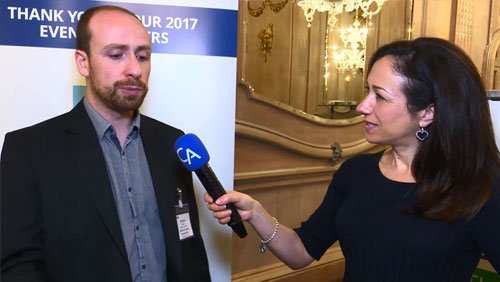 In this interview with CalvinAyre.com’s Becky Liggero, Dominic Sacco of British Esports Association explains how grassroots can help the survival of eSports community in the UK.

Many great things started from small beginnings. Civilizations would not have been born if pockets of communities failed to thrive. There would be no empires if nomadic tribes had been wiped off the face of the planet.

The same thing would have happened to eSports. Esports would not have thrived if not for the grassroots communities that have faithfully followed the game like a religion. Legends are also in these pockets of eSports fans that most big sponsors try to ignore.

Dominic Sacco of the British Esports Association said it is important for sponsors to focus on the grassroots of eSports because it is where future players are discovered.

Sacco believes there are lots of talents that can be plucked from these smaller units of eSports.

“I think the grassroots players of today are the pro players of tomorrow, so it is really important to focus on them and help foster that community. I follow the UK League of Legends scene quite closely and we’ve seen players coming from the ESL UK and Ireland Premiership over the past year, and reaching the LCS, the top level of League of Legends”, Sacco told CalvinAyre.com. “It is important to show those guys that there can be a career in eSports and not just the players as well, you know, there could be aspiring casters, sales people, coaches and analysts. It is important to show them eSports is offering viable career paths now and they can make something of it.”

In the UK alone, Sacco pointed out that there isn’t quite an eSports community we would like to see – particularly in the London area. He said the grassroots community may be able to help stir interest in playing the virtual sport.

He said that watching live matches together and taking part in live tournaments may help bring new fans to the industry.

“You’ve got various studios around the UK where you can watch the finals live. This MCM comicon will have some of the UK finals. There’s a Multiplay studio and I was at the Gfinity Arena recently where they had their first inter-school, UK esports tournament. You know there’s lots of kids take part in that league and it is fantastic,” Sacco said. “I think eSports is so digital that sometimes you need to step back and show that live events is a real thing and it is something that you can be a part of. It’s not just someone on a screen. You can really go there, talk to other people and meet them. That community is key to eSports growth.”

Company brands, according to Sacco, may help nurture eSports in grassroots by offering potential sponsorships to them. Sacco pointed out that grassroots is the ideal sector for companies to invest in because they don’t need to throw in millions at the top level.

He said that there are no other fans as passionate and dedicated as those who are in the grassroots community.

“I there’s a lot of value. I think at the moment, some brands maybe, they don’t see that value because the grassroots tournaments might have only a few hundred or a few thousand, or tens of thousands of viewers as opposed to millions from the top end,” Sacco said. “If you are a sponsor coming in, you can test the water, the grass roots is the ideal sector because you don’t have to throw millions at the top level. You know, you’ll be paying less. And if it is a really exciting event that showcases the talent of the future, your brand will be associated with that.”