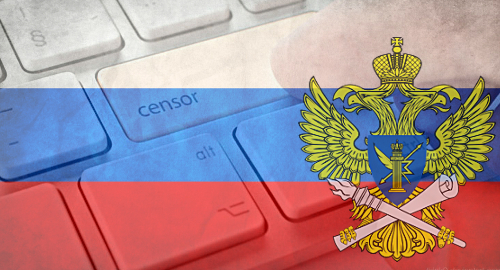 Russia’s telecom watchdog is launching a fresh assault on the use of virtual private networks (VPN) to access forbidden websites.

According to Russian media outlet Vedomosti, Russia’s Roskomnadzor telecom authority has been pressuring VPN services to restrict their users’ ability to access the tens of thousands of domains on the watchdog’s ever expanding blacklist, on which internationally licensed online gambling sites hold a significant presence.

The use of VPNs isn’t (yet) illegal in Russia, as there are legitimate purposes for which such services are warranted. That said, last November’s decision by Opera Software to cease operations in Russia followed shortly after a meeting with Roskomnadzor officials, who reportedly took issue with the built-in VPN functionality in the latest version of the Opera browser.

That same November, Roskomnadzor blacklisted a Russian VPN service called HideMe.ru. The service’s owner, Markus Saar, claimed he addressed all the violations that earned his site a scarlet letter but Roskomnadzor refused to remove HideMe.ru from the blacklist.

Saar subsequently reported that Roskomnadzor officials asked him to retool his product to ensure users couldn’t access blacklisted domains. Saar, who in the interim had launched an alternate domain (HideMy.name), viewed the agency’s request as akin to extortion and refused to comply on the grounds that Roskomnadzor lacked the authority to make such a demand.

That may soon change, as the Russian Duma is reportedly preparing new legislation to expand Roskomnadzor’s powers. While the bill has yet to officially surface, Vedomosti reported Wednesday that the legislation would amend the Law on Information and the Code of Administrative Offenses to require VPN services to monitor Roskomnadzor’s blacklist and prevent VPN users from accessing any banned domains.

The legislation reportedly also envisions new financial penalties for search engines that fail to filter blacklisted domains from search results. The bill reportedly calls for fines of up to RUB 700k (US $12,500) per incident.

A representative of Russia’s popular Yandex search engine called this proposal “superfluous,” as even if a search query returns a blacklisted domain, the user’s internet service provider is supposed to be preventing access to such sites. (Just like the blacklist, the blame game is also a version of whack-a-mole.)

Of course, all of these new measures only demonstrate the abject failure of Russian authorities’ efforts to keep their citizens from accessing material that the government doesn’t like. Now if only they’d proven that inept when it came to electing the current occupant of the White House.