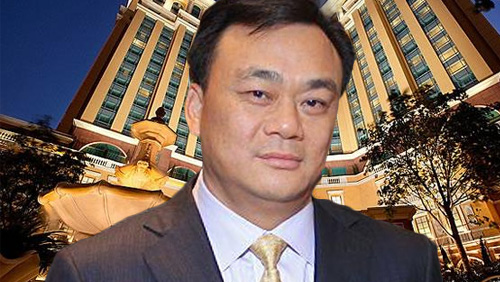 Jimei International disclosed in a filing that the deal, which took place last April 7, involved a maximum consideration of HK$443.2 million (US$57 million) for Lam’s 65.05 percent stake. It will be divided into two batches: the first, totaling HK$222 million, was already settled, while the second batch, which amounts to HK$221.2 million, will be paid on January 5, 2018.

Under the deal, the amount for the second batch of payment may be adjusted downward if Jimei International “is unable to recover part of its outstanding receivables,” estimated to be at HK$227 million, at the end of 2017.

Lam’s lucky buyer is Cosmic Leader Holdings Ltd, a company incorporated in the Seychelles three months ago. Cosmic Leader is owned by Yan Xu, who has an 80 percent interest in the company, and Chen Hong, who controls the remaining 20 percent. Chen already had a 0.04 percent stake in Jimei International, according to the junket investment company.

Lam and the owners of Cosmic Leader were reportedly introduced by Chau Chit, executive director of Jimei International.

Cosmic Leader will also “conduct a review on the business operations and financial position of the group for the purpose of formulating business plans and strategies for the future business development” of Jimei International, the filing said.

Lam fled the country shortly after the arrests and hasn’t been seen since. Philippine president Rodrigo Duterte originally ordered Lam’s arrest for bribery and economic sabotage but later said Lam could resume his local gaming operations if he paid the necessary fines and back tax obligations, a sum totaling PHP13.9 billion (US$276 million).