Home / Sports / Roberto Carlos on the future of Brazil football 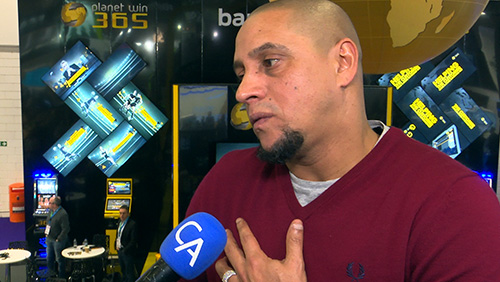 Brazil has always been considered as one of the powerhouses of football in the world and probably the most successful – winning five titles, earning second-place, third-place and fourth-place finishes twice each.

But being the most successful doesn’t mean that they are always on top of the world. The last time they won the World Cup was 15 years ago, when FIFA decided to hold the first FIFA World Cup in Asia, which was hosted by Japan and South Korea.

Back then, Brazil was the most potent team at the tournament. Not only did they successfully took home the coveted cup, Brazil also became the first ever nation to win five World Cups.

Brazilian football legend and former Real Madrid superstar Roberto Carlos said that Brazil is at the period wherein the team is basking on expectations from their fans to do great in football as what the current team’s predecessor have done in the past.

He recognizes the pressure for current Brazilian football player to perform well in tournaments, especially in the World Cup.

“It’s very hard for brazil because we have achieved great success in the past and obviously when you have periods of time that the team doesn’t do quite as well, there’s such a big wave of expectation for the population,” Carlos told CalvinAyre.com. “Especially in my team. It is hard to compare that but last year, they did fantastically well with the new manager. Messi’s Argentina are now on the way out.”

To win the World Cup or any tournament, Carlos pointed out that a team needs more than talent and hard work.

He recalled that when he hit what everybody called as banana free kick at the 1997 Tournoi de France, luck played its part.

“Many people ask me today what I did. I can’t honestly answer. It’s a mixture of lots of hard work, lots of training, and obviously lots of fortune. To be able to hit the exact point, to be able to score that goal is impossible to recreate,” Carlos said.

Carlos said that Brazil is filled with talented players that will bring the once formidable team back to its former glory.

“Obviously there are lots of great players, Marcelo, Neymar. But for me, at the moment, is Felipe Gouthino from Liverpool is phenomenal.”