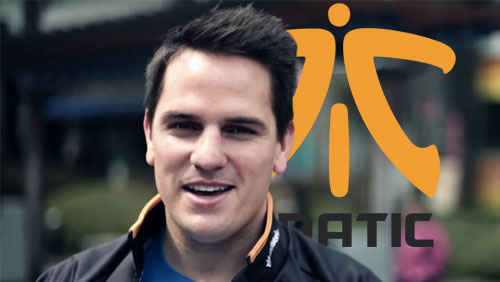 Fnatic announced on its website that it has secured $7 million financing round with a board of investors, including James Pallotta’s Raptor Group Holdings, which has ownership stakes in the Boston Celtics and the Italian Serie A’s A.S. Roma.

Pallotta will be joined by Joi Ito, director of the MIT Media Lab, and Hannes Wallin, CEO and founder of Fractal Design. Hersh Interactive, which owns the Houston Astros, is also involved in the funding round.

“There has been strong growth in esports, which has accelerated in recent years, but the major shift has been in the acceptance and inclusion by sports franchises, media companies and high profile individuals who have entered and advanced the industry rapidly,” Fnatic founder Sam Mathews said in a statement.

Fnatic is considered to be one of the most successful esports organizations in history, worth an estimated £30 million. Last year, reports surfaced that the group had been involved in a battle with the Manchester United to acquire an Overwatch team.

Fnatic’s esports history, deeply rooted in Counter-Strike, runs as far as 2004. Since then, the organization has made its mark in League of Legends, Dota 2 and Overwatch, among other esports titles.

The franchise’s expansion plans couldn’t have come at a more opportune time. Market research firm Newzoo paints a rosy picture for the eSports industry, excluding eSports betting. It forecasted that eSports’ total revenue will grow from $325 million in 2016 to $1.488 billion in 2020—a CAGR of 35.6 percent. The forecast revenue totals include media rights, advertising, sponsorship, merchandise and tickets, and game publisher fees.

Benoit Pagotto: Brands must put their feet in the water
Video
8 September 2017