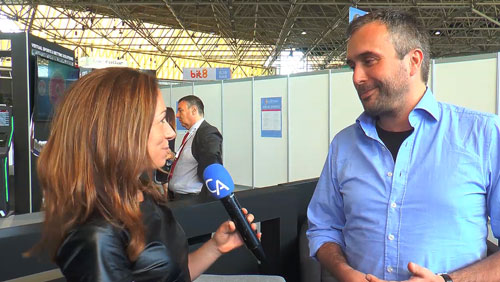 In this interview with CalvinAyre.com’s Rebecca Liggero, Wouter Sleijffers of Fnatic gives us a glimpse of the life of professional video-game players.

From zero to hero.

Back in the days when internet is a privilege, MTV is still cool, and Nokia is still the king of mobile phones, no one really pays attention this kind of teenagers:  the gamers.

These teenage gamers pass by the august halls of their high school unnoticed, unlike the jocks and sorority girls in high school. And if they do get noticed, they are oftentimes the subject of bullying.

But in the advent of the development of new technologies, the stature of these gamers have been elevated from an ordinary boring citizen into a worldwide superstar.

Wouter Sleijffers of Fnatic was one of the privileged few who was able to witness the rise of these often bullied teenagers from obscurity and follow their journey towards success in the global scene.

He said most eSports players now are being regarded as personal heroes and role models of most kids and teenagers, who come in droves in an arena to show their support to their respective champions in every professional video game competitions.

“What are seeing from our fan base generally on eSports is we start seeing more parents with their kids coming to the stadium. They travel the globe, they go in big stages,” Sleijffers told CalvinAyre.com. “They are the new heroes, and you know it’s really cool to see, I guess I am fortunate, lucky that I am very close to some of those new heroes.”

Sleijffers is always reminded of a rock concert every time he attends high-stakes eSports tournament as the fans give the players a rousing cheer and treat them like celebrities. He pointed out that the celebrity-like status of professional video gamers – in a way – help bring the industry closer to the public and for its popularity to grow further.

The excitement brought by these professional video gamers, according to Sleijffers, has caught the attention of several football teams and famous American athletes. Among those sports celebrities who have been exploring the opportunities in eSports are retired Los Angeles Superstar Kobe Bryan, Shaquille O’Neil, and Rick Fox.

“There are some real like high profile stars [that are into eSports], I guess not only from the excitement out of it but also they see it as the next opportunity for them,” he said. “As they have seen tens of years ago – the growth of baseball, basketball, and in NFL –  this is, if you listen to them, is the next opportunity they have seen many years ago that can become as big or bigger as other sports that we see right now.”