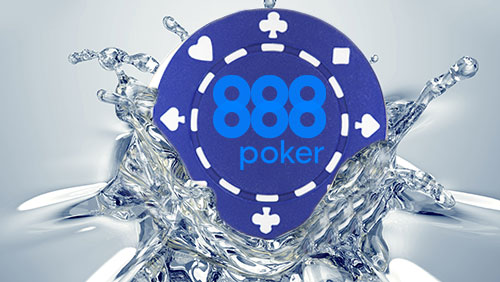 A trio of stories from 888Poker including a new and improved Poker Brief, $7.5m in guarantees during XL Championships Inferno, and a partnership with Raising for Effective Giving.

When 888Poker hired Kara Scott, I knew it would only be a matter of time before they put her skills to good use.

The Poker Brief is 888Poker’s version of a poker news round up on steroids, and in the first few episodes it looked polished, professional, but a little on the nepotistic side for my taste.

Today, I watched Episode 3, and I think it’s a significant improvement. The production team have moved away from 100% focus on 888Poker and instead have covered interesting and relevant poker news stories from other corners of the market.

888Poker even mentioned PokerStars and partypoker and don’t be so quick to brush that off as nothing. When I worked as a live reporter, not that long ago, there were strict no go policies when it came to mentioning competitors brands.

A big thumbs up to the 888Poker team for being bold and creating something ballsy.

With PokerStars rolling out the Spring Championship of Online Poker (SCOOP) and partypoker doing likewise with PowerFest, 888Poker has joined the fun with the launch of the XL Championships online series.

It seems three is the magic number for 888. Following on from the pattern set by 888Live, the online poker room has decided to host three XL Championship events beginning May 7 – 21 with XL Inferno.

The new online series provides non-stop action for 14 consecutive days. And in true 888Poker style, there is a tournament for everyone with buy-ins ranging from $5 to $5,200.

There will be no leaderboard for the XL Championships. Instead, the winners of the Championships events will compete in a Champion of Champions event with these great prizes up for grabs:

The entire focus of the XL Championships won’t be on me, me, me.

888Poker has teamed up with Raising For Effective Giving (REG) to raise funds for the charities that conform to effective altruistic values. Three events: a $5,200 buy-in event, a $109 buy-in Mini and a $55 buy-in Turbo will syphon all fees to effective charities nominated by REG.

In 2016, REG and the poker community that support this fantastic initiative raised $1.4m for effective charities including charities in the animal welfare, poverty, and emerging technologies sectors.

You can check out the full XL Inferno schedule right here..