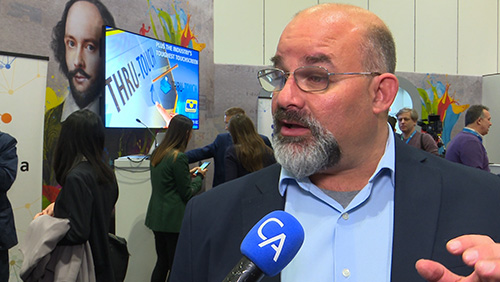 In this interview with CalvinAyre.com’s Becky Liggero, blockchain expert Hans Lombardo explains how blockchain safeguards online gambling from being manipulated.

When placing a bet online, one of the main concerns of players is whether they are being cheated by operators or not. Such feeling gets even stronger as they lose consecutively in the bets they make.

In the past, it is hard to gauge whether the cheating claims of players are true especially when you don’t have the means or technology to prove the veracity of the claim.

Today, there are tools which can help operators prove to their players that there is no way they could have manipulated the results of a wager. Many online casino are now using blockchain in ensuring the integrity of the game.

Blockchain expert Hans Lombardo pointed out that operators are using what they call “provably fair” to promote the fairness of the game.

Under a provably fair gambling system, the service operator will publish a method for verifying each transaction in the game. Open source algorithms for random seed generation, hashing, and for the random number generator are usually used in this process.

Once a game has been played, the player can use these algorithms to test the game’s response to his in-game decisions and evaluate the outcome by only using the published algorithms, the seeds, hashes, and the events which transpired during the game.

“It means exactly what it says. Ultimately, because of its randomness of the lottery, of the numbers generated, you could prove with the technology that it is random.” Lombardo told CalvinAyre.com. “As a peer to peer platform. It can be used for ensuring that all data is still there. One thing about the blockchain that people cannot understand is that transactions on it, they are there forever. No one can go back to a charge back against it. Nobody can erase that data.”

Currently, Lombardo said that he’s using blockchain in order to develop a lottery system. The project, according to Lombardo, is called Quanta.

Lombardo pointed out that the blockchain permits a lottery that is decentralized, autonomous, and trustless without any human intervention. He said the blockchain brings more versatility in lottery awards for players.

“Basically, Quanta, which is the company I am advising for is using the blockchain strengths. It is distributed network, its natural randomness to create a autonomous, decentralized, platform. It is more or less licensed at the same time,” he said.

When asked what the regulators feel about the blockchain technology, Hans Lombardo said:  “I think, with most bureaucracies, it is always difficult in making change and at the same time that reduces cost, it kind of actually replaces something, some of the functions of the regulator but it makes it more certain, more fair for the people using the system. And the regulators going to ultimately adapt it.”