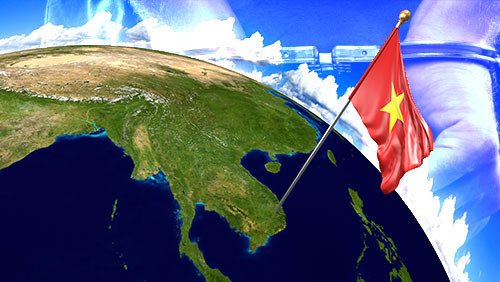 Vietnamese police swooped down an illegal sports betting ring in the central province of Nghe An and arrested three persons.

The arrests of Tran The Hung, 38; Le Hong Trung, 30; and Ngo Minh An, 47, came two months after Vietnam made a historic decision to legalize sports betting. Police says it is the biggest illegal betting ring ever nabbed in Nghe An Province.

VnExpress reported that the suspects were accused of raking in VND9 billion ($39.5 nillion) in wagers on soccer matches. Colonel Nguyen Xuan Thiem, head of Nghe An Province’s financial crime department, alleged that the three accused had been running an illegal sports betting website since 2014. Thiem tagged Hung as the ringleader who also directly managed the website and shared it with six subordinates and 45 big gamblers from the town of Vinh in Nghe An.

The ring handled over 39,000 illegal bets over the past three years. The highest amount recorded for one wager was VND7 billion ($307,000) – more than what the government has prescribed.

Under the new decree that the Vietnames government issued in February, the minimum bet value must be VND1,000 (4.42 cents) while the daily maximum limit is VND1 million ($44). The decree only allows betting on international soccer games recognized by the governing body FIFA and approved by Vietnam’s sports ministry.

“These illegal bets were taken on international matches or on soccer leagues in England, France and Germany,” Colonel Thiem said.

The police conducted several surveillance operations on the syndicate’s activities for several months before it proceeded with the raid. The police confiscated a laptop and cellphones containing evidence of illegal betting.

The Ministry of Public Security held a meeting on Monday morning with local police to discuss the case and expand the investigation.