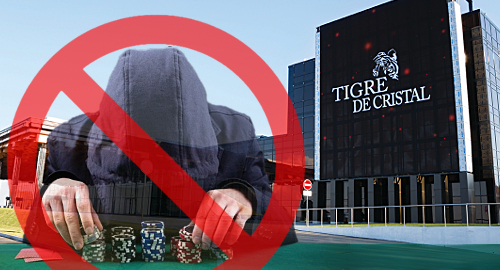 The Tigre de Cristal casino in Russia’s far east has been forced to scale back some of its gaming options due to increased competition from illegal gambling operators.

Tigre de Cristal officially opened its doors in Russia’s Primorye gaming zone in November 2015, the first of four gaming venues planned for the region just outside Vladivostok. But while the casino has enjoyed strong VIP gambling growth, its other gaming options are struggling due to unauthorized local competition.

On Tuesday, Betting Business Russia posted an op-ed from Craig Ballantyne, executive director of G1 Entertainment, which operates Tigre de Cristal. Ballantyne said the casino had been forced to trim its operating costs due to “widespread” illegal gambling in Primorye.

Ballantyne noted that Tigre de Cristal had opened with 651 slot machines, which was subsequently trimmed to 477 due to lack of demand. Despite “significant investment” in marketing, Ballantyne said the property had further reduced its total slots count to 319 machines.

While VIP table activity – which largely relies on an influx of well-heeled foreigners – has increased “in spite of the existing administrative and legal barriers,” revenue from local gamblers has been on an uninterrupted downward trajectory, forcing the casino to trim its original complement of 67 gaming tables down to 55.

Tigre de Cristal originally featured 10 tables devoted to Texas Hold’em Poker, but competition from “approximately 8-9 illegal poker clubs” in Vladivostok forced the casino to cut this number to six tables in April 2016. Four of these tables were still in action as of February 2017, but as of this month there are no more tables serving poker players at Tigre de Cristal.

Ballantyne noted that poker wasn’t the only illegal game in town, suggesting Tigre de Cristal was competing against makeshift casinos in private homes and retail shops, slots halls disguised as ‘Internet cafes’ and other unauthorized offerings.

Ballantyne complained that the illegal operators weren’t shy about using social media to promote their services, and urged local authorities to take action to rein in this growing phenomenon, lest it cause legit operators to rethink future expansion plans.