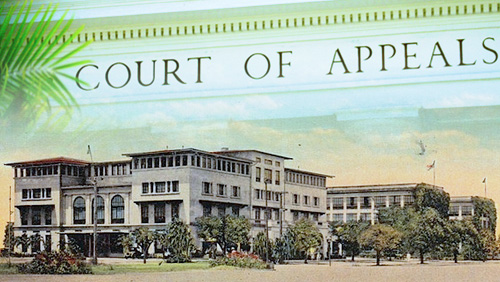 The Philippine Court of Appeals (CA) threw out a petition seeking to stop the conversion of the historic Army and Navy Club (ANC) in Manila into a boutique hotel and a casino gaming facility.

Business Mirror reported that the petition of Volunteers Against Crime and Corruption was instantly dismissed by the appellate court’s 15th division on the grounds that they group violated the principle on the hierarchy of courts.

Associate Justice Ramon Garcia pointed out in his six-page resolution that the Manila City government’s execution of the lease contract with Oceanville Hotel cannot be considered a judicial, quasi-judicial or ministerial action that is subject to a petition for certiorari.

The same can be said to the approval of the development by the National Historical Commission of the Philippines, according to Garcia.

“The city of Manila’s execution of the lease contract with Oceanville Hotel and Spa does not fall within the ambit of judicial, quasi-judicial or ministerial function as the same is within its prerogative, powers and authority in the exercise of its executive function. On this court alone, certiorari and prohibition will not lie,” the CA ruled.

While it has concurrent jurisdiction with the regional trial court, the appellate court pointed out that direct intervention is allowed only when there are special extraordinary or compelling reasons that justify the same.

“Unfortunately, the present petition for certiorari is bereft of any compelling reason or circumstance to warrant an exception to the rule,” it added.

The CA said VACC’s proper remedy is to file a civil action for annulment of contract which falls under the jurisdiction of the trial courts.

“Wherefore, the instant petition for certiorari is hereby dismissed. Accordingly, this case is considered closed and terminated.”

PAGCOR started to look for another casino site as early as 2014 in anticipation of the impending expiration by end-2015 of its lease with Manila Pavilion. The divorce between PAGCOR and Manila Pavilion ended in a bitter court battle.

The Manila government entered into a lease contract with Oceanville for 25 years. The contract also allows Oceanville to sublease any part of the Army and Navy Club.

Oceanville secured the approval of the NHCP to renovate and restore the facility for the purpose of using the facility as a boutique hotel whose plan was also approved by the city government. Oceanville then entered into memorandum of agreement with Vanderwood for the sublease of a portion of the facility for 20 years from November 2014 to November 2034.

Oceanville is now in the process of restoring and developing the ANC – which was leased by the Manila City Hall – into a world-class heritage boutique-style hotel. But the construction of the casino faced several delays due to left and right black propaganda and law suits.