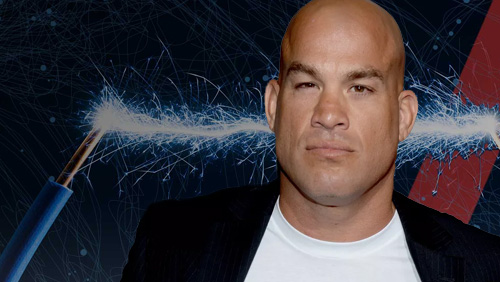 PokerStars has asked their players to be patient after a hardware failure affected people for two hours on Tuesday night and UFC star Tito Ortiz shines at Day 1A of the PokerStars Championship Main Event in Panama.


I created a Mind Map, the headline read “How to earn $45,000 through poker in 12-months,” and in the left-hand corner of the Map was a bubble that read “Bucket List”, with a little arrow pointing towards ‘World Series of Poker Bracelet (WSOP)’.

But you can’t win a WSOP bracelet unless you play in a WSOP event and Ogmore Vale seemed a galaxy away from Las Vegas. But I was lucky. The World Series of Poker Europe (WSOPE) was about to begin at the Empire Casino in London’s Leicester Square. That would have to do.

Betfair were the sponsors, and I opened an account and entered a satellite to qualify for a £1,000 No-Limit Hold’em side event. I reached heads-up with a 5:1 chip lead and I started to think this Mind Map business was the key to my life ambitions.

When losing internet connectivity, it returns seconds later. In the worse case scenarios, you turn the router on and off and hey presto! But this time it was fucked. I was swearing, shouting, screaming, and then it came back on.

I was hoping my opponent was a gentleman. He wasn’t. By the time the match resumed, he had eaten me alive. I was down to less than 10bb. I swore, screamed, and shouted some more. And then I kept doubling up. I beat the dude. I went to London to chase my dream. I got to share a table with Chris Ferguson, John Juanda, Liv Boeree, and Davidi Kitai. And all I could think about was the bastard who nearly spoiled my dream by stealing my chips when I had to sit out.

And I bet that’s what was going through the minds of the players who lost connectivity with their PokerStars client on Tuesday night for two hours between 18:10 and 20:10 Eastern Daylight Time.

PokerStars Head of All Things Innovative, Severin Rasset, wrote a blog titled How PokerStars Deals With Unexpected Hardware Failures to explain…well you get the point.

The reason players were cut loose for two hours was a hardware issue that required ‘replacement’, and during this time a lot of people playing tournaments had their noses put out of joint.

Rasset explains that during a period of crisis like this they have two options, (a) roll the tournament forward and split the prize money between the remaining players, or (b) roll it back, cancel it and return buy-ins. In this instance, they have decided to roll forward 90% of events and roll back the remaining 10%.

But they are asking players to be patient.

The break in play didn’t affect everyone. Just like that tosser who stole all of my chips and tried to take my dream, PokerStars now have to figure out who was owed what at the time of the outage as players continued to seek to win the tournament while everyone else did their very best impression of Roy Orbison.

“We need to look into hand histories on a case by case basis,” wrote Rasset.

So be patient with them.

PokerStars have said there is no need to bombard their support with emails. They have you covered. The last time this happened, it took Stars a week to sort the mess out so expect something similar this time around.

We all know that online poker rooms like to wheel out their celebrities to promote their events and brands, but let’s be honest, most of them are about as much use at the poker table as seasickness pills in the hook of Captain Hook. But maybe PokerStars has unearthed someone different?

UFC legend Tito Ortiz has appeared at a few PokerStars events and surprised everyone by finishing second in chips at the end of Day 1A of the Main Event with only Igor Yaroshevskyy bagging up more. Jason Koon, Steve O’Dwyer, and the Global Poker Index (GPI) Player of the Year, David Peters, also finished well.

Ortiz has never cashed in a live tournament.

Are we going to see another run like the one Ronaldo had during the PCA a few years back?