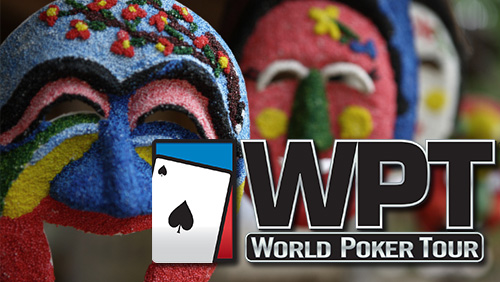 The World Poker Tour are airing on the side of caution by cancelling their planned National Festival in South Korea after rising tensions between the host nation and China creates travel chaos.

If you ever wondered why the World Poker Tour (WPT) organised a National Festival on the South Korean island of Jeju then get a load of this. According to a report appearing in Bloomberg, more than 8 million Chinese visited the island in 2016 making up 85% of the tourist population, and we all know the Chinese like to have a bet.

The WPT would have been hoping for the Chinese to make up most of the field in the Korean event, and that’s not going to happen after rising tensions between South Korea and China resulted in tourism industries from both sides preventing movement between the two nations. The WPT reacted by cancelling the event.

The handbags at ten paces is a product of the South Korean multinational conglomerate Lotte’s decision to provide land to Donald Trump’s barmy army who plan to set up a missile defence system known as the Terminal High Altitude Area Defence System (THAAD).

China is a little concerned that Trump could have his missiles so close to the red zone, and have reacted by suspended 50+ Lotte retail stores in China, and slapping bans on airlines and cruise ship package holidays that Goldman Sachs believe will cost the Chinese tourist industry over $5 billion bucks.

The US military has responded by assuring China that the missiles are not being moved into the area so they can beat the crap out of them. Instead, they are a ‘just in case’ policy should the nutter in charge of North Korea decide to practice his missile throwing by annihilating his southern neighbours.

Kudos to the WPT for withdrawing and not putting their customers at risk of having a missile dropping on their poker table. Three years ago, players competing in the Russian Poker Tour (RPT) feared for their lives after fighting broke out as they tried to host an event in Kiev. The players were trapped in the poker room for several days until the fighting calmed down.

Due to factors beyond our control, the World Poker Tour today announced the cancellation of WPT National Korea. https://t.co/iq5BwZag3R pic.twitter.com/ahZdd0WJoR

The WPT National Korea event was due to take place at the Paradise Casino at Jeju Grand March 17 – 21.