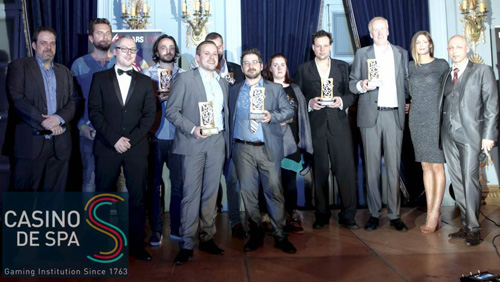 The 2016 Belgian Poker Awards are in the bag with the likes of Kenny Hallaert, Bart Lybaert, and Davidi Kitai picking up awards at the Casino De Spa.

When I think of Belgium, my mind wanders to 1990. Pavarotti is singing Nessun Dorma from Puccini’s Turandot, and tears are streaming down my face courtesy of a twist and volley from David Platt to send England into the semi-finals of the World Cup at the expense of the tiny nation.

I have only visited the place once. It was Brussels to play in the World Poker Tour (WPT) National Series. I spent several hours trying unsuccessfully to find a health food store, and gave up, settling on a diet consisting of fries and pho all week. There was lots of chocolate; pictures of Tintin and an old lady using her six-month-old daughter as a begging tool.

I also went to Brugges, because (a) I heard it was romantic, and (b) I watched the movie, but there should have been a (c) in there – it was about as interesting as a farmhouse without any animals.

So I didn’t feel the compulsion to make the trip to this year’s Belgian Poker Awards.

I am sure you will understand.

Kitai earned just shy of a million bucks in 2016, his fourth largest haul since he started racking up live tournament cashes way back in 2006. The highlight of his year came at the World Series of Poker (WSOP) when he came within a whisker of winning his fourth bracelet when losing to Martin Kozlov in the heads-up phase of the $10,000 No-Limit Hold’em Six-Handed Championship, one of the toughest events of the year.

Lemberger’s achievements were more modest, earning less than $4,000 in 2016 but cashing an impressive eleven times in live events held at the Casino De Namur, a venue that incidentally won the award for Best Casino Poker Room.

PokerStars has been an official partner of the Casino De Namur since 2011, and it was the largest online poker room in the Milky Way that won the award for the Best Online Poker Room.

Who else bagged an award?

Bart Lybaert was crowned People’s Champion after a public vote (I thought it was The Rock). Lybaert earned a career-high $240,746 in 2016, including finishing second to Kyle Julius in the $1,000 No-Limit Hold’em Top Up Turbo event at the WSOP.

And you couldn’t have a Belgian Poker Awards night without Kenny Hallaert winning an award. Hallaert could have won the award for Best Tournament Director, Best WSOP Excel Spreadsheet Creator, Best Diet, and Best Returner of Lee Davy’s Facebook Messages, but instead he had to settle for Performance of the Year after finishing sixth in the WSOP Main Event for $1.4m.

A performance worthy of a little bit of Pavarotti.

Here is the full rundown of winners:

Event of the Year – The Monster Tournament