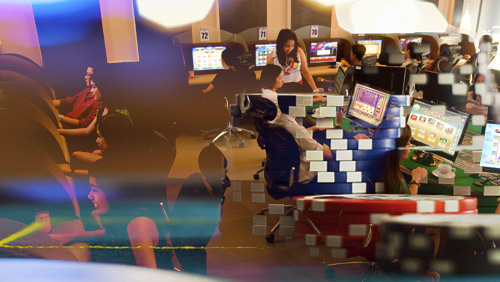 In a filing to the Philippine Stock Exchange, PhilWeb said that its board has given the go-signal to buy the stations despite its talks with PAGCOR to revive its license to operate e-Games stations failed.

“We continue to be bullish that we will be able to renew our license with PAGCOR at some time in the near future,” President and Corporate Information Officer of PhilWeb Dennis O. Valdes said, according to BusinessWorld. “We also wish to support those operators that we have worked with over the past 14 years. Some currently wish to exit the business so we are offering them an ability to exit by selling us their businesses in exchange for WEB shares.”

During its heyday, PhilWeb remitted more than P14 billion to PAGCOR, which the state regulator uses to fund government projects. PhilWeb also employed 700 personnel and 5,000 others as eGames operators.

The happy days in PhilWeb, however, ended when President Rodrigo Duterte rose into power on July 1 and declared a war against online gambling.

The first casualty in the government’s fight against online gambling was former PhilWeb Chairman Roberto Ongpin, who stepped down from his post and divested his 53.76% stake comprising 771,651,896 shares in the gaming technology provider after he was singled out by the Philippine President as the oligarch he wanted to destroy.

PAGCOR, on the other hand, rejected PhilWeb’s bid for a new license to operate their 286 eGames cafes after it expired in August. Gregorio Ma. Araneta III, husband of the late dictator Ferdinand E. Marcos’ daughter Irene, acquired Ongpin’s shareholding and assumed PhilWeb’s chairmanship.

Itching to get back to business, PhilWeb will use 7.5 million shares held in treasury as payment for the purchase of the eGames outlets.PhilWeb said that shares came from the 354.62 million shares which it bought from PLDT Inc. in 2013.