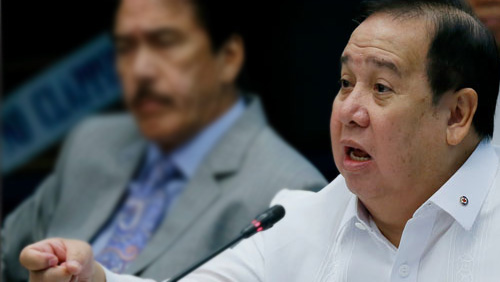 A dedicated regulator for online gambling in the Philippines may be better equipped to oversee the booming industry, a lawmaker said Thursday.

Senator Richard Gordon is seeking to form a new regulatory body—to be called the Philippine Online Gaming and Regulatory Authority (POGRA)—and leave state regulator Philippine Amusement and Gaming Corporation (PAGCOR) to oversee land-based casinos in the country, according to an ABSCBN News report.

The senator put forward the proposal during a Senate hearing on the PHP50 million (USD1 million) bribery scandal involving gambling operator Jack Lam, pointing out that POGRA will be “better equipped to oversee” the online gambling industry using new technology.

PAGCOR’s authority to issue licenses and oversee Philippine-based online gambling operators, who serve international betting customers, is being challenged on grounds that the regulator’s charter was enacted way before the advent of online platforms for gaming.

Senator Francis Escudero the authority to issue licenses to online gambling operators should still be with the Clark Economic Zone Authority (CEZA) and the Aurora Pacific Economic Zone and Freeport (APECO)—not PAGCOR whose charter “does not specifically address this technicality.”

PAGCOR, which has issued 35 licenses over the last six months, maintained that the POGO licenses were “within the bounds of its charter,” in keeping with its mandate to “operate, authorize and license games of chance, games of cards and games of numbers” in the Philippines.

The state regulator is in the process of transitioning from its dual role as both regulator and operator of land-based casinos to a purely regulatory function. Its 11 casinos, which operate under the Casino Filipino brand, as well as its eight VIP slot machine clubs and three slots arcades, are expected to be fully privatized by Q3 2017.