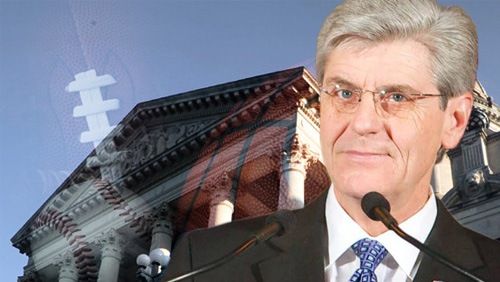 The fate of daily fantasy sports (DFS) in Mississippi now lies in the hands of Gov. Phil Bryant.

Voting 46-6, the Mississippi legislature has approved a measure which will pave the way for the proper regulation of DFS in the state.

Daily Journal reported that the bill now awaits for the signature of Bryant.

House Bill 967 empowers the Mississippi Gaming Commission to regulate fantasy sports contests online or in a casino – including the conduct of a background check and annual audit on DFS operators and the issuance of state license.

The bill also imposes an eight percent tax on DFS revenue and outlines consumer protections such as: banning employee play at operators; establishing a minimum age of 18 for users; creating provisions relating to security of contest data and segregating player funds from operational funds.

Analysts predict Bryant will sign the Fantasy Sports Bill, especially now that the state is struggling for funding in the midst of sluggish revenue collections.

Though he doesn’t expect fantasy sports to generate a lot of revenue, House Gaming Chair Richard Bennett, R-Long Beach, believes that it will help ease the state revenue conundrum by a bit.

“I think it will grow,” Bennett said about the industry.

He admitted that it is difficult to estimate how much the tax revenue will be generated because there is little information to glean from other states.

The state is hoping to cash in $5 million annually worth of tax collected from the DFS, although most say that might be an overly optimistic estimate. But even $5 million, while welcome, would be a modest amount in a budget of more than $6 billion.

“They are just now doing what we are doing,” he said.

Mississippi is considered to be one of the many battlegrounds for DFS. The legislation was deemed important after Attorney General Jim Hood determined fantasy sport as a game of chance.