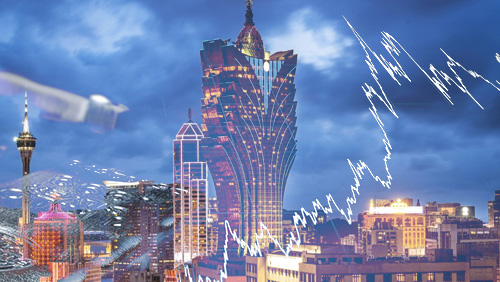 This was the prediction of international credit debt watcher Fitch Ratings Inc. as it affirmed Macau’s AA- rating, with a stable outlook. It said that the new casino openings will bolster Macau’s gaming revenue by 6 percent this year.

In affirming its rating, Fitch pointed out that their outlook for Macau is “underpinned by the territory’s credible policy framework and exceptionally strong public and external finances, which continue to strengthen despite three consecutive years of economic contraction.”

Official data shows that Macau’s market-wide casino gross gaming revenue (GGR) expanded by 10.2 percent in the fourth quarter of 2016 – the best quarterly performance that the Asia’s premier gambling hub has seen since 2014.

Macau’s VIP and mass-market gambling both posted impressive performances, growing by 12.6 percent and 7.4 percent in the fourth quarter, respectively.

“Data suggests the VIP and mass-market customer segments recorded positive growth in fourth quarter 2016, increasing the likelihood of a recovery this year,” read the statement that Fitch issued on Monday.

Kwok Chi Chung, president of the Association of Gaming & Entertainment Promoters of Macau, said the return of Chinese high rollers is helping the former Portuguese enclave to reverse its two-year slump.

“VIP room operators are very happy when we meet in the street or at the parties,” Kwok told Bloomberg. “Six months ago, they would complain about the bad market for the whole day.”

Ben Lee, managing partner at consultant IGamiX, on the other hand, pointed out that the largest junket operators have boosted liquidity in recent months because of the consolidation. This, according to Lee, gave junket operators more money to attract high-stake gamblers.

“Only the VIPs can drive a significant recovery in the gaming industry here in Macau,” Lee said. “The VIP segment has always been growth on steroids in good times, and it looks like this is what’s happening now.”

Macau’s economy began to rebound in the third quarter of 2016, with GDP expanding by 4.4 percent in the three months to September 30, followed by a 7.0-percent increase in the fourth quarter. For the whole year of 2016, the economy of Macau still shrank by 2.1 percent year-on-year in real terms, an improvement from the 21.5-percent dip in 2015.