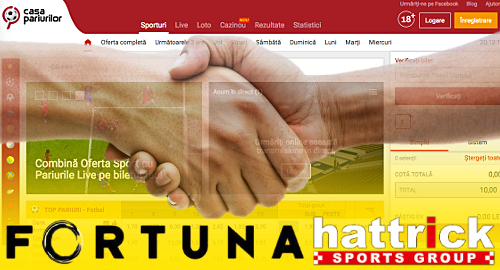 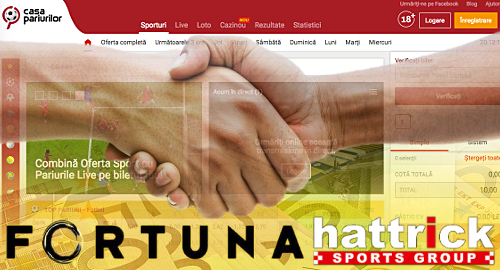 Central and Eastern European sports betting and lottery operator Fortuna Entertainment Group has bolstered its regional presence while also expanding its geographical reach through the acquisition of Hattrick Sports.

On Thursday, Fortuna announced that it had reached a deal to acquire 100% of Hattrick Sports Group Ltd., Ireland. Terms of the sale weren’t disclosed but Czech media reported that the deal involved an €85m upfront payment with a maximum possible top-up of €50m if the Hattrick brands meet certain performance benchmarks.

Fortuna cautioned that the sale remains subject to regulatory approval and the companies will continue to operate as separate entities until this approval has been granted.

Fortuna CEO Per Widerström said it was his company’s intention to retain both the Fortuna and Casa Pariurilor brands in Romania as well as both PSK and Hattrick in Croatia. Widerström said the acquisition reflected Fortuna’s long-term strategy of becoming the “No. 1 licensed multichannel betting and gaming operator in Central and Eastern Europe.”

Fortuna will release its preliminary results for its 2016 performance on March 9, with the annual report to follow on April 20. In its Q3 report last November, the company reported double-digit gains in betting turnover but profits fell due to steep new Czech taxes. The company has projected that its FY16 earnings will come in between 10% to 15% lower than 2015’s figures.