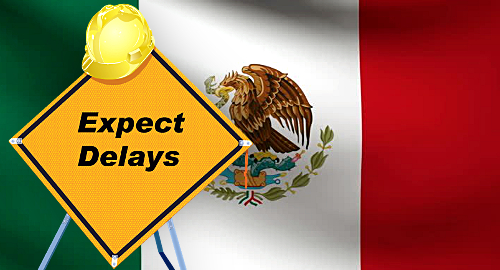 Mexico’s long-delayed rewrite of its gambling laws are a bad bet to be approved before 2018, according to the head of the country’s gambling industry association.

Sanchez’s position is a turnaround from comments he made last summer in which he predicted that the law would be approved in 2016. The Mexican legislature’s lower house approved the law – which covers everything from online gambling to the country’s often shambolic land-based casino industry – in December 2014 but the Senate is proving a much steeper hill to climb.

Sanchez complained that senators “ask for reports on why things happen in states, what are the casino issues … instead of asking, they should do their work, they have important legislation in their hands.”

The proposed gaming law would bring some necessary federal oversight of Mexico’s gaming industry, and Sanchez warned senators that the status quo was not acceptable, as gaming operators were subject to the whims of state governments looking to fund budget shortfalls through increased taxes. Sanchez has also previously complained that, absent a proper online gambling licensing regime, international operators would continue to dominate the local market.

Sanchez noted that Mexico’s gaming industry was already a significant contributor to government coffers, kicking up an annual MEX 6b (US $300m) in tax revenue, while directly employing 35k citizens and a further 105k indirectly employed.

Not every senator is sitting on his hands. In January, José Maria Martinez, president of the senate’s board of directors, urged his fellow senators to get on with it, noting that over one-third of the estimated 100k slot machines currently operating in Mexico were uncertified, meaning players had no assurance that the games weren’t fixed.